You are here: Things to Do > Tangen Fort Tangen Fort, located at the far end of Langesundstangen, is a popular hiking area just south of central Langesund.

Cannons and trenches
In the 1930s, Langesundstangen was a popular recreational area. The locals used it for everything from hiking and leisurely strolls to social gatherings and dancing. Benches were also placed throughout the area to make the most of the beautiful views. During World War II, the Germans made tunnels, trenches, bunkers and cannon foundations here. The tunnels and bunkers in the mountains are today closed, however, many of the structures are clearly visible in the landscape. The Germans also set up a drawbridge that still stands at the main entrance today. After the war, Tangen Fort was used by the Norwegian navy up until 1996, two years later it was opened to the public.

A fantastic viewpoint
At the far end of Tangen Fort, benches have, yet again, been set up so you can enjoy the fantastic view of the sea. It's a great area for hiking, however, the nature here is vulnerable, so traffic should be limited to roads and paved paths. Help us keep the area clean by picking up after yourself. Leave no trace other than your footprints. Also, feel free to pick and enjoy the berries. The same rules apply in the nature reserve as elsewhere in the area for fishing, hunting, dogs and traffic. It is important to keep your dog on a leash during the period of leash restraint that runs from April 1. to August 20.

Nature reserve and geology
The area is a nature reserve with geological values in the form of fossils and calcareous bedrock. The unique soil means that many rare species live here, both insects, plants, fungi and lichens. The vegetation at Tangen Fort is characterized by limestone forest with elements of ash-maple-hazel forest, hazel scrub, and patches of lime pine forest. “Kalklindeskog” is a habitat where there are many endangered soil-dwelling mushrooms. A total of 12 red-listed moushroom species are registered here, of which 8 are endangered. Several red-listed lichens and insects have also been found in the area.

Parking
- There is parking at Furustranda where you can follow the coastal path to the tip of Tangen Fort. This path offers a great view of Langøya lighthouse.

- It is also possible to park at Steinvika, a protected area located next to Tangen Fort. Due to the unique geology, including many fossils, Steinvika is part of the Gea Norvegica Unesco Global Geopark. From here you can follow the coastal path all the way out to the tip of Tangen Fort.

- If you want to cross the drawbridge, park at Skipperhuset and follow the asphalt and gravel road that also leads all the way out to the tip of Tangen Fort. This route is less hilly than the other paths out to Tangen Fort.

- It is also possible to park at the City Hall, and in the center of Langesund in general, and follow Tangenveien south.

- Alternatively you can park in Krogshavn and walk the coastal path, via Steinvika. A slightly longer, yet incredibly scenic, route.

Important information
- It is only permitted to light a fire and use a grill in the designated barbecue area. You can find the location (at the Commander's residence) in the new protection map. There is still a ban on open fires and the use of barbecues elsewhere in the nature reserve.

- It is only permitted to cycle on the main road, from the main gate and to the flat area above the fort (by the WC, approx. 50 m north of the fort), as shown in the new protection map. Cycling is still prohibited in other parts of the reserve, both in the terrain and on paths/roads, including down to the fort itself. 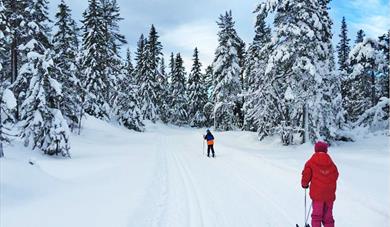 Svanstul/Luksefjell recreation Area, SkienThe beautiful Svanstul mountains, in the northernmost part of Skien, offers miles of ski slopes for both young and old. 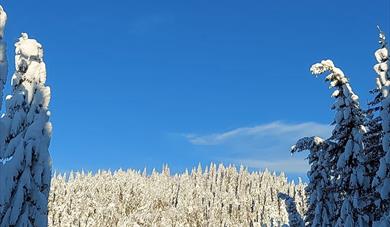 Viddaseter in Siljan, SiljanViddaseter are with the area at Svanstul the most popular recreation area for skiing 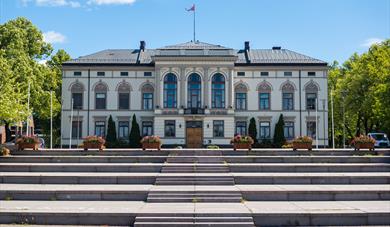 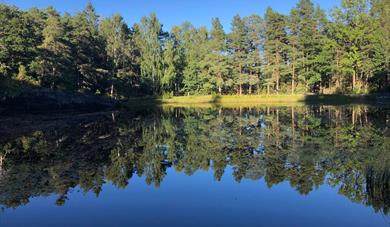 Dammane in Brevik, PorsgrunnBrevik’s five ponds is a popular hiking area in Brevik with beautiful and hilly terrain.