You are here: Things to Do > Gea Norvegica Unesco Global Geopark - The Glaser Mine 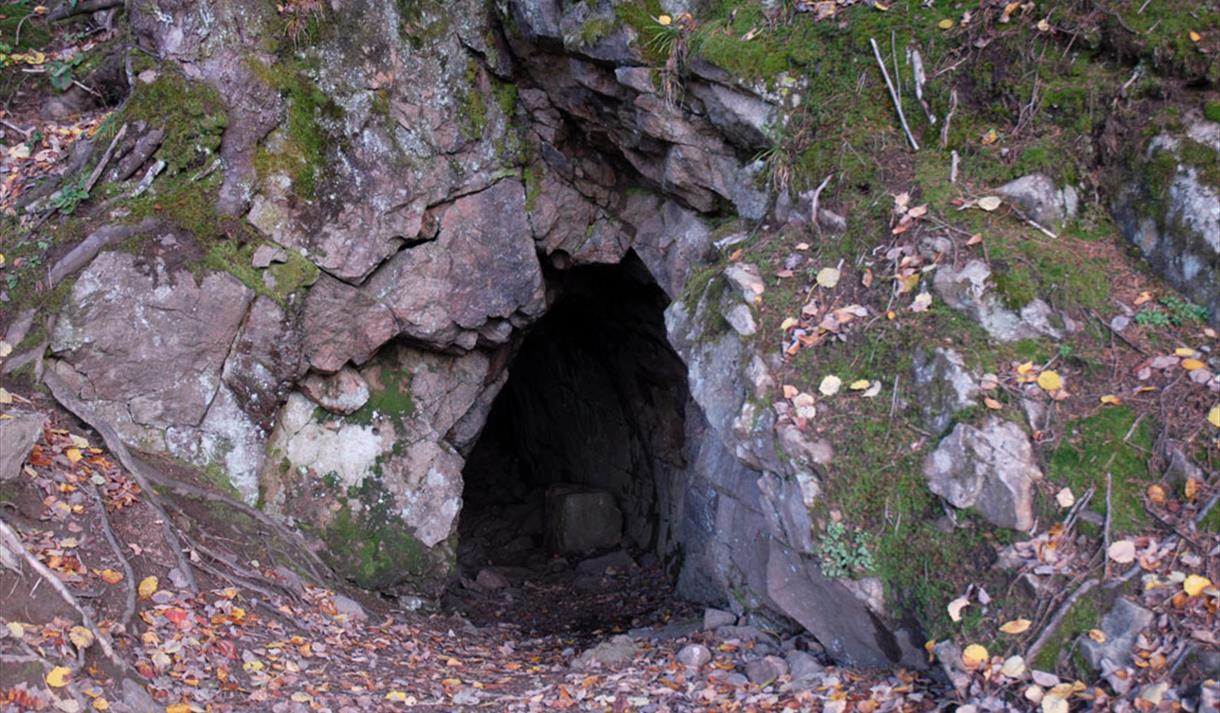 The Glaser Mine is the earliest dated iron mine in Norway, completed in 1543. The iron deposits in the area were the foundation for Fossum Ironworks and the mines at Glaser was among the first to operate at Fossum Ironworks.

Today, The Glaser Mine is protected as a cultural heritage site.

"God the Almighty in abundance has shown his grace by the iron ore that stands in many places and widespread fields in Skien".

This was stated in the report from the king's miner, Hans Glaser, to King Christian III in 1538. This was the start of 328 years of mining and ironworks at Gjerpen. A significant mining community developed at Fossum during these years, until its closure in 1867.

The adit was created using fire, which we can see from the shape of the tunnel. Eventually, gunpowder was used. The adit goes approx. 40 meters into the mountain before it is closed by a collapse of the mine wall. Originally, the mine was approx. 260 meters long. NB: the adit is unstable and be aware of unsecured mining holes in the area!

The iron deposits in Skien didn't turn out to be as rich as Glaser first thought. Nevertheless, Fossum Ironworks developed into an important company, with the establishment of its own blast furnace in 1625. The iron eventually had to be sourced from other areas, including from Fen by Ulefoss and from large mining areas around Arendal.

The Løvenskiold family eventually took ownership of Fossum, and still owns and takes care of the property today.