You are here: Things to Do > Mikael's cave 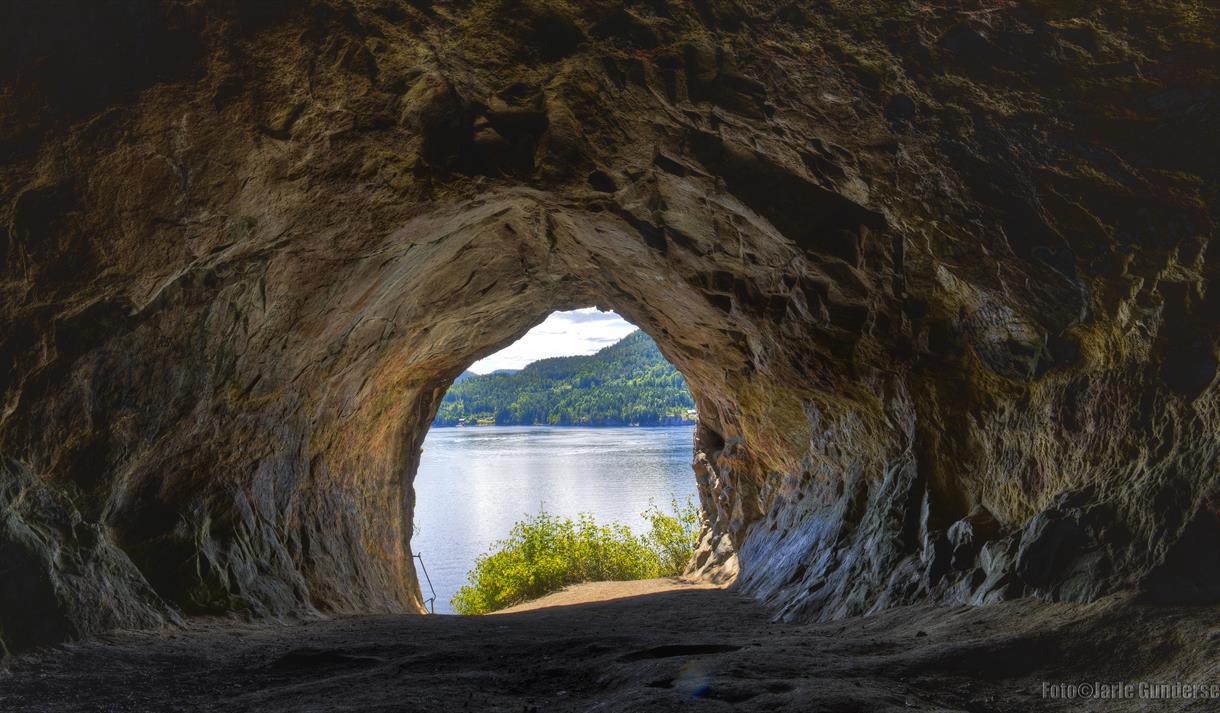 The cave is an exciting hiking destination and accessible by boat and on foot, but access is difficult.

NB! On the last part of the path towards the cave is challenging to walk. There are signs with: traffic at your own risk. Mikaelshulen was closed in 2018 due to a landslide, but was reopened in September the same year.
In 2021, it is planned to set up a fence / row on the last part to increase the safety of hikers.

History:
​​​​​The cave must in its time have been equipped with a vestibule, nave, choir and altar and in Catholic times the cave was consecrated to the archangel Michael. Masses were also held here after Catholic times. It was also an important place of pilgrimage for pilgrims. The cave opening is semicircular 4-5 meters wide and about the same height. Inside, the room opens to a greater height and goes 20 meters into the mountain. The cave was created by nature, but humans have probably also worked on the cave space. At the top of the cave there will also be a burial ground, ie a church with the cemetery on the roof.

It is known that there is about approx. 20 St. Michael's Churches in Norway. They were often placed in caves or on rocks. There the archangel Michael would fight against Satan who took the form of a worm or a dragon. Throughout the ages, the cave has been much talked about. A description in Latin in 1643 calls it the Templum Mirabile, the marvelous temple. This indicates that the church was a consecrated church in Catholic times until 1537.

With the introduction of the Reformation and until 1843, the church became a last resort for those who praised Catholicism. During this period, there was death penalty for monks and Father Sylvester was the last monk in the area. He died here and was buried inside the back wall of the church, where it is believed that the church's sacristy was.