You are here: informasjon > Product Catch all > The Giant Sun Mirrors in Rjukan

The Giant Sun Mirrors in Rjukan 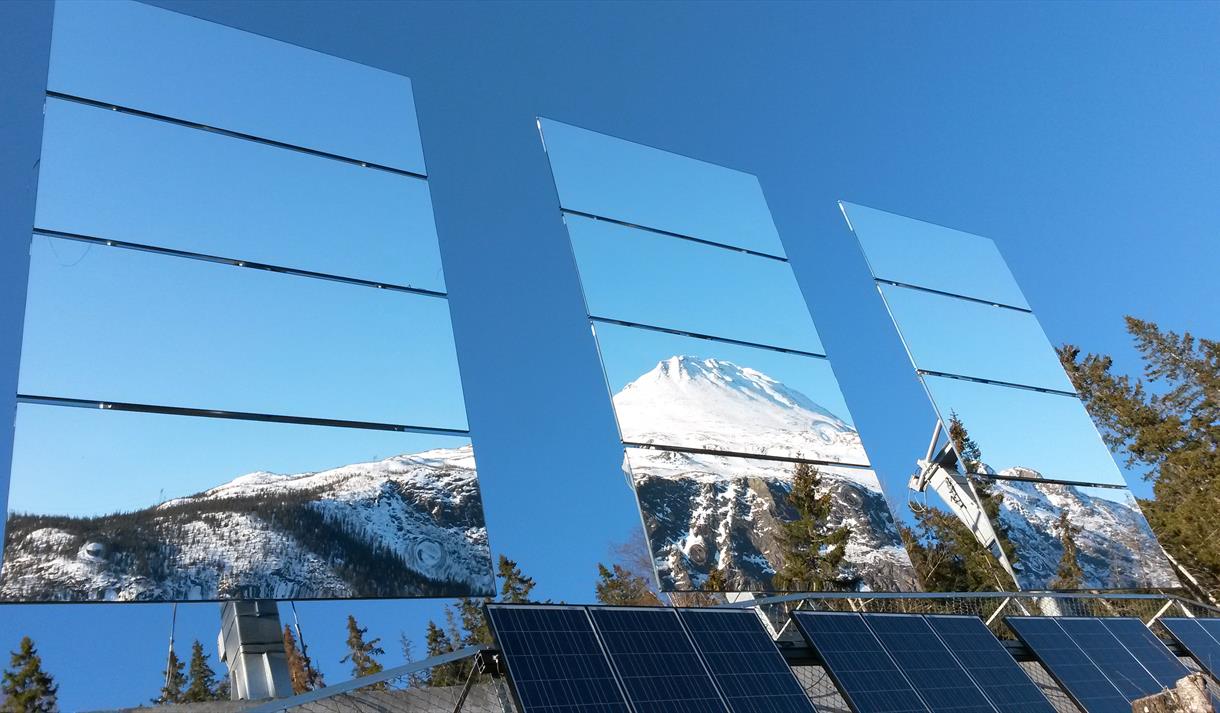 The sun mirror in Rjukan

The founder of the town Rjukan, mr Sam Eyde, launched the idea in 1913 of a “Solspeil”, or sun mirror, above Rjukan. He saw the importance of the “sun in Rjukan” as well in the winter. He also had a need to give his workers the opportunities for sunlight in the winter. This idea is one of the few Sam Eyde did not manage to follow through to completion.

Instead, his successors built a gondola in 1928 to transport Rjukan´s inhabitants to the winter sunshine. This gondola is called Krossobanen. It remains functional, and is an important connection between the town and the mountains, where the sun´s rays are limited in the winter months. Krossobanen transports thousands of people to the mountains every year.

Today´s technology has made an idea that was first conceived in 1913 possible: to deliver the sun to the people of Rjukan.

The idea was taken up again in 2005 by Martin Andersen, an artist and resident of the town. In 2013 the mirror was officially opened, - 100 years after the idea.

The sun mirror is installed on the mountain wall at 742 metres over sea level, about 450 metres above the Rjukan market square. Each mirror is 17 metres in area, or together 51m2.

The mirrors captures the sunlight and send it into the market square, where it has an ellipse shape of about 600 m2. The reflected light has between 80 and 100% of the effect compared to the light that is captured by the mirrors.

Deep in the narrow Vestfjord valley in Telemark, surrounded by steep mountains, at the foot of the mighty Gaustatoppen mountain, lies the industrial town of Rjukan.

Rjukan is the home of a thriving small community which manages without the sun for almost six months of the year. The town lies at the bottom of a valley that is oriented east to west, with Gaustatoppen (at 1883 metres over sea level) and the other surrounding mountains immediately south of the town rendering the city sun free from September to March.

The town was created by Norwegian industry – the hydro story being central to its inception. Rjukan was built by Hydro´s founder Sam Eyde at the beginning of the last century. The town was planned with the best architects and engineers of the time, by Norsk Hydro – a so-called “company town”. 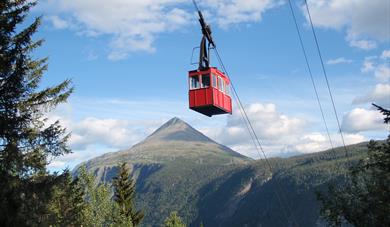 Krossobanen, TinnKrossobanen was built in 1928 and was a gift from Norsk Hydro, so the townspeople could get up to see the sun during the winter.