You are here: Things to Do > Øvrebøtjern, Gea Norvegica Unesco Global Geopark 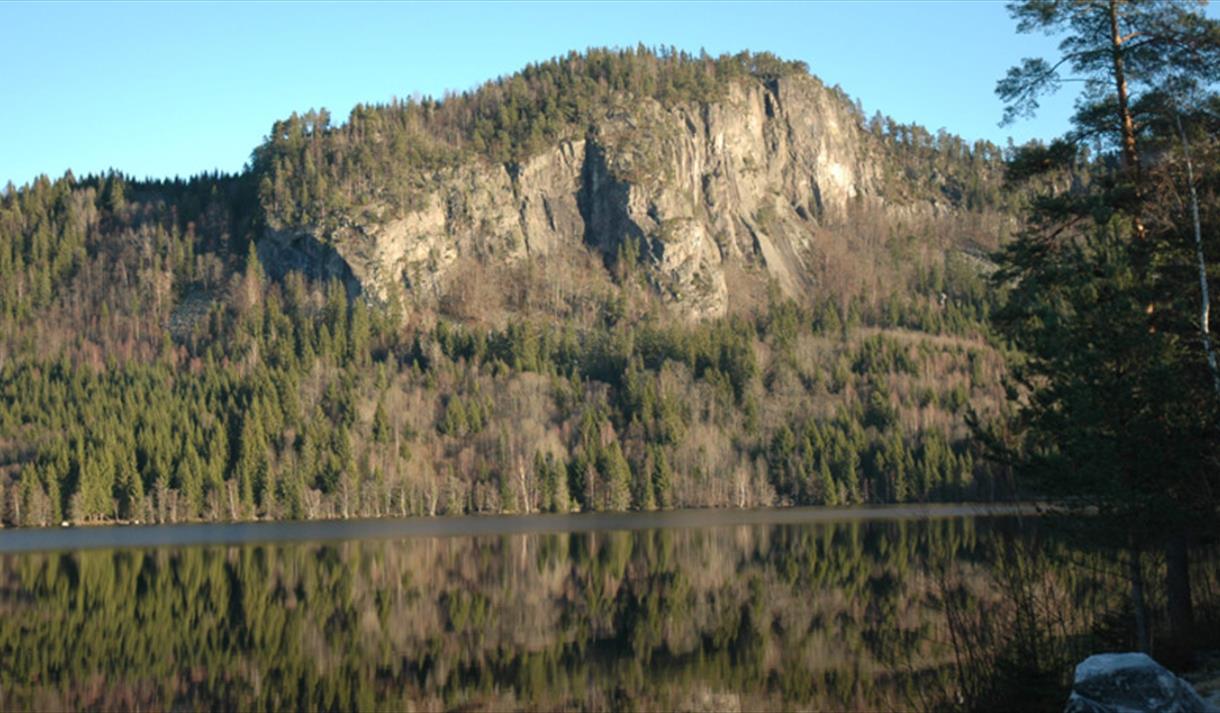 This popular bathing water and its surrounding area, can tell many interesting stories. Stories from the ancient world to the present day.

Rocks formed 300 million years ago
Øverbøtjern is located in an area with a bedrock that consists exclusively of volcanic rocks from the time period Perm. These rocks were formed about 300 million years ago, by volcanic activity that occurred when the supercontinent Pangea was dissolved. Ramsås, which plunges into the east side of the water, consists of Syenite from this period.

Siljansdalføret was a fjord during the last ice age
Throughout the ages, the rocks have been eroded by external forces, and then perhaps most of the longer periods where our country has been covered by ice. Traces of the last of these ice ages can be found in the area, with scouring stripes, moving blocks and sickle fractures. Øverbøtjern, and by the way the entire Siljansdalføret, formed a fjord during the last ice age, which among other things has resulted in the good soil in the valley.

From timber floating to bathing place
In recent times, Øverbøtjern is probably best known as a favorite bathing place in the summer, but if we do not go too far back in time, the Siljansvassdraget was a highway for floating timber. At the beginning of the 20th century, Siljan had one of the country's strongest forest worker communities, and the timber was transported down the watercourse towards Larvik.