You are here: Things to Do > Gea Norvegica Unesco Global Geopark - Kapitelberget 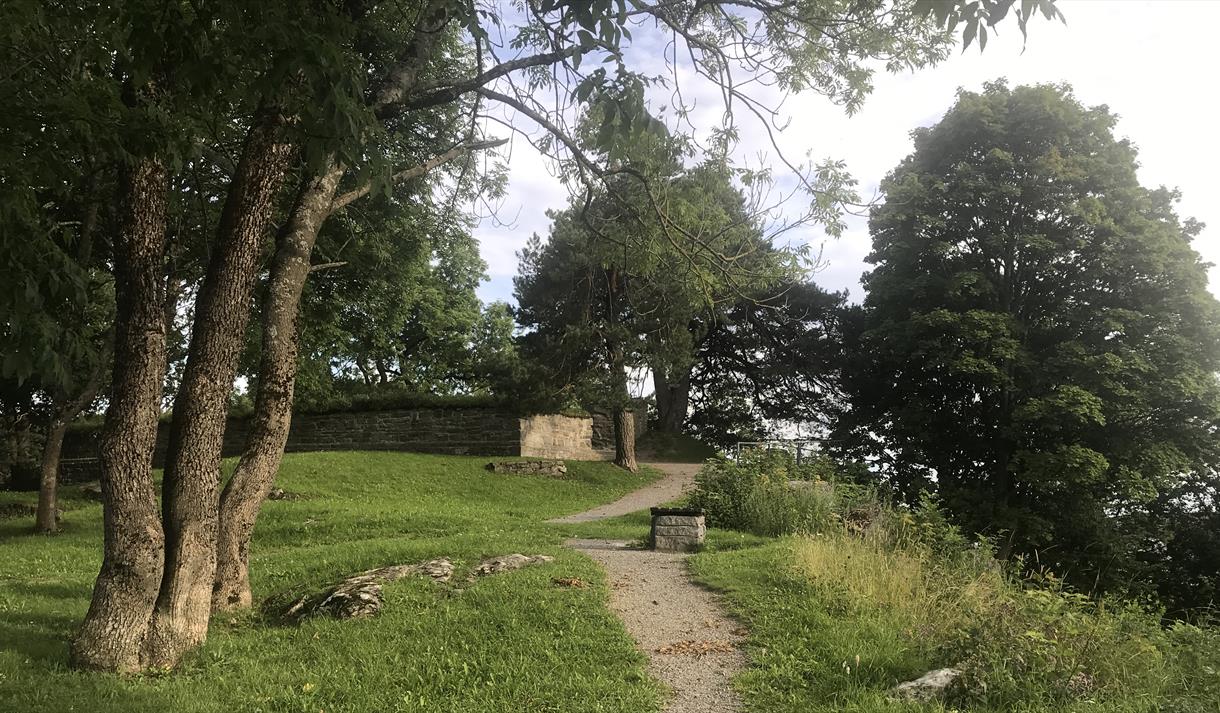 NB: Kapitelberget is a protected area, help us take care of both the church ruins and the fossils!

On Kapitelberget in Skien you'll find the ruins of a crypt church from the Middle Ages. The church is built on a coral reef, more than 430 million years old!

When the coral reef was formed, in the Silurian era, the Earth was very different than today. The continental part on which Norway lies, Baltika, was located south of the equator and was covered by a shallow sea. The water was crystal clear and a place where corals and other animal species could thrive. Life on land also began to develop during this period.

The typical fossils we find on Kapitelberget are remnants of sea lilies, honeycomb corals, goblet corals and chain corals, as well as an extinct type of sponge (stromatoporoids).

The stones that form the foundation of the church ruin itself, are probably taken from the areas just around Kapitelberget.

A special ruin
The church was probably built in the 12th century, as a sacred place for the powerful family that used to rule the area. The crypt under the altar was most often used for storing relics. It is one of only four known crypt churches in Norway.