You are here: Things to Do > Siljuhaugen culture trail 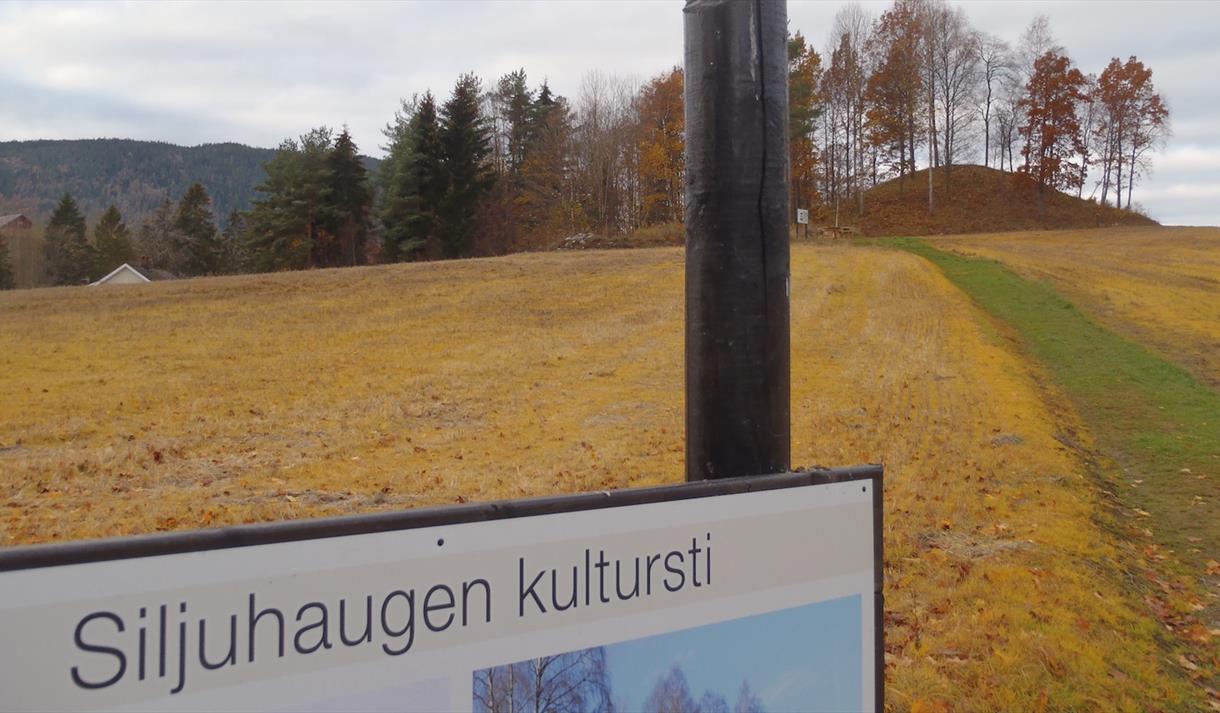 Siljuhaugen is a monumental tomb from the Iron Age located by Siljan church in Siljan municipality. Siljuhaugen is located in an area with many cultural monuments and archeological finds, including Siljan medieval church.

Siljuhaugen is part of a burial ground with four smaller burial mounds. To be buried in a mound was reserved for the upper classes of society, and the dead who were laid here probably came from a mighty farm that has been here in the Iron Age.

Siljuhaugen seems to have been established first as the smaller mounds are located around the large mound. Archaeologists believe that Siljuhaugen may be a tomb marking from the Late Roman period (ca. 200-400 AD). No excavation equipment has been found in the center of the mound, but two secondary graves have been found that were built in the mound some time after it was built.

The burial ground is located on a moraine ridge with a good view of the watercourse. Many large tombs from this time have been laid out so that they are clearly visible along roads or land, and must have signaled a clear message to passers-by.

The red dotted line on the map shows where the cultural trail goes. The red dots show where you can find information signs along the trail. Illustration: Lise Loktu

Meeting place for many thousands of years
In the landscape around Siljuhaugen, there are a number of other cultural traces that make up the pieces of a large historical puzzle. Through archeological records, traces of an older settlement area just south of the medieval church have been found. Hidden under the ground are cooking pits and post holes with dates dating back to the Bronze Age.

Large accumulations of cooking pits are therefore interpreted as residues after cooking in connection with larger collections. These may have been special parties and drinking parties where the meal has been a central part of, for example, alliance building or other cultic and political actions.

The cooking pits suddenly become more exciting when you put them in the context of cooking in connection with such gatherings. These have played an important role in the older Iron Age, where networking and alliance building were important for maintaining order in society.

Large accumulations of cooking pits are interpreted to be leftovers after cooking in connection with special parties and drinking groups where the meal has been a central part of, for example, alliance building or other cultic and political actions.

Siljan medieval church
Siljan Church is a long church from the Middle Ages. The church was built at the end of the 12th century, and has been in continuous use since it was built. It is still a parish church and an important meeting place for the village.

The eastern part of the church is built of stone and is Siljan's oldest standing structure. In the Middle Ages, wood was the most common building material in Norway. A high-rise stone building of this type must therefore have been a strong signal building in the village.

The building has an intact choir, as well as three original walls from the Middle Ages. The church is also decorated with rare ship drawings from the 15th century.

The location of the medieval church is not accidental, it is located on one of the oldest and largest farms in the village. The burial field with Siljuhaugen, as well as the other finds in the area, show that this has been a central place far back in time. The medieval church reflects a form of continuity in the area's social and religious significance, even though society changed.

Siljan medieval church with Siljuhaugen in the background. The location of the medieval church is not accidental, it is located on one of the oldest and largest farms in the village.

The rectory
The rectory by Siljan church was built as a parsonage in 1856. On the second floor there was a meeting and banquet hall, and this also became the village's public meeting place. The presidency and the municipal council had their meetings here until the town hall came in 1956.

A new farm building was erected in 1900, an impressive pioneer building that reflects an expansive agriculture that took place throughout the 20th century. Operation with dairy cows was terminated in 1984 and the farm was closed down as a separate farm in 2000. 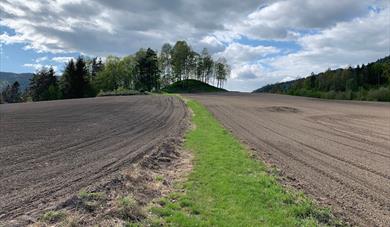 The mound of Silju, SiljanSiljuhaugen is located in an area with many cultural monuments and archaeological finds, including the Siljan medieval church.