You are here: Things to Do > The Rui Farm 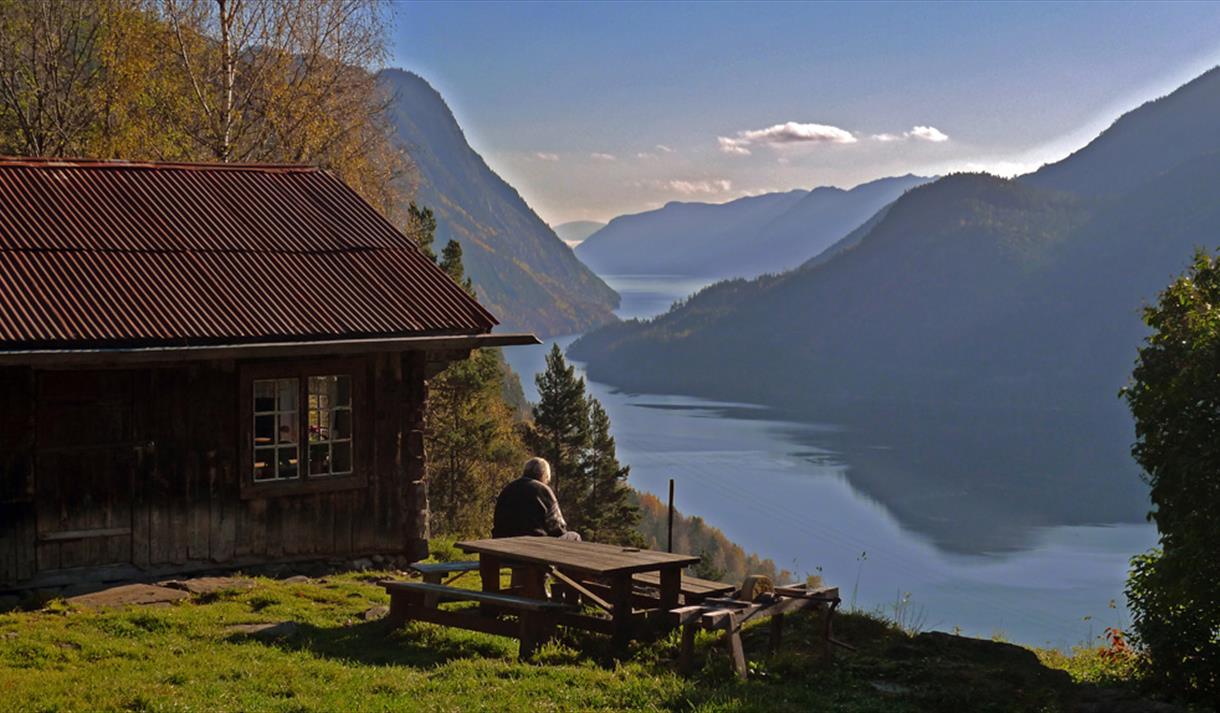 On the steep mountain over Dalen lies Rui, the cotter's farm where the tiny sisters Ingrine and Gurine lived. The became famous across the land as the "Rui girls who visited the King".

Johan August Schevenius came here in the 1860’s. He came from a military family with relations in many lands. He was born in Svartborg or Dingle in the Bohuslan area of Sweden in 1834. He did not follow his family tradition but took up the trade of a tailor. This was not a great success because he found working indoors unable to see the sun all day very depressing. One warm summer’s day he decided to pack up his belongings and wandered westwards to Norway.

“In the mid 1900’s a small stout man travelled from Sweden to Telemark looking for work. He wasn’t looking for much out of life and took the jobs that were available. At that time there was pleanty of work for those willing to dig ditches and clear land for farming or building dry stone walls to mark the farm boundary. He kept himself to himself and managed to live from the land without spending too much money.

“You can call me Johan” he said, “because that is what I’m baptized!”

“What are you called?”

The farmers in Dalen thought it was a strange name – but there were so many strange things coming from Sweden at that time! Johan left the following autumn, but came back again the next year……..” (From “Rui-jentene som kom til kongen” – by Knut Eidem)

Johan settled here at Rui. He was married twice and had many children – six of which overlived him. The two oldest, Ingerine (1872-1965) and Gurine (1873-1962) lived her the whole of their lives. Their brothers and sisters immigrated to the USA to seek their fortune.

The cottage here at Rui is only 20 sq. meters, and here they all grew up. Their father taught them to read and write and they also went to school. He had newspapers and magazines that the children should read, and when they were not reading, they had to work – the worst he hated were timewasters.

Here at Rui they never gave up farming, and exchanged their produce with others in the area. Normally they had 3 cows, some sheep, goats and chickens. They grew oats, potatoes and vegetables. All the tools they used on the farm they made themselves. At Rui they never had horses or a cart; they said they couldn’t afford it! A strong back and willpower was their answer. The rule here at Rui was to save, and they worked both early and late into the evening. Gurine and Ingerine took over the farm after their father died and continued to run it in the same spirit.

Ingering and Gurine died in the 1960’s – both in their 90’s. They are buried at Eidsborg stave church. They left their farm only once in their lives, that was when they travelled to Oslo to meet the King! A journey they never forgot!

Rui is in private ownership. It is not allowed to camp at Rui or in the surrounding area, neither in a tent or a hammock. Biking at Rui is not okay either. The Haukelidsæter family put in a lot of work to manage buildings and cultural landscapes, and keep Rui open and accessible to all of us, something we are very grateful for. Alice and mother Lisette will guide and tell you about the Rui girls on request, totally free.

To get to Rui, you follow the Rui girls' footsteps from Dalen on a staircase made by Sherpas from Nepal. The stone you walk on is whetstone: Norway's oldest export article. "Beintsteberg" is the path called locally, which means the shortest path up the mountain. A lot of work is My work is laid down in the staircase, and the experience of first walking in the beautiful stairs that swirl up the mountain, and then ascending to the height of the beautiful Rui is quite unique.

Respect the cultural landscape and buildings, take your garbage home with you and do not camp at Rui. 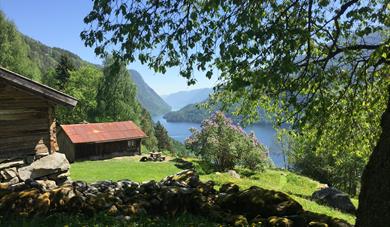 In the footsteps of the girls from Rui, TokkeA walk packed full of culture and history.