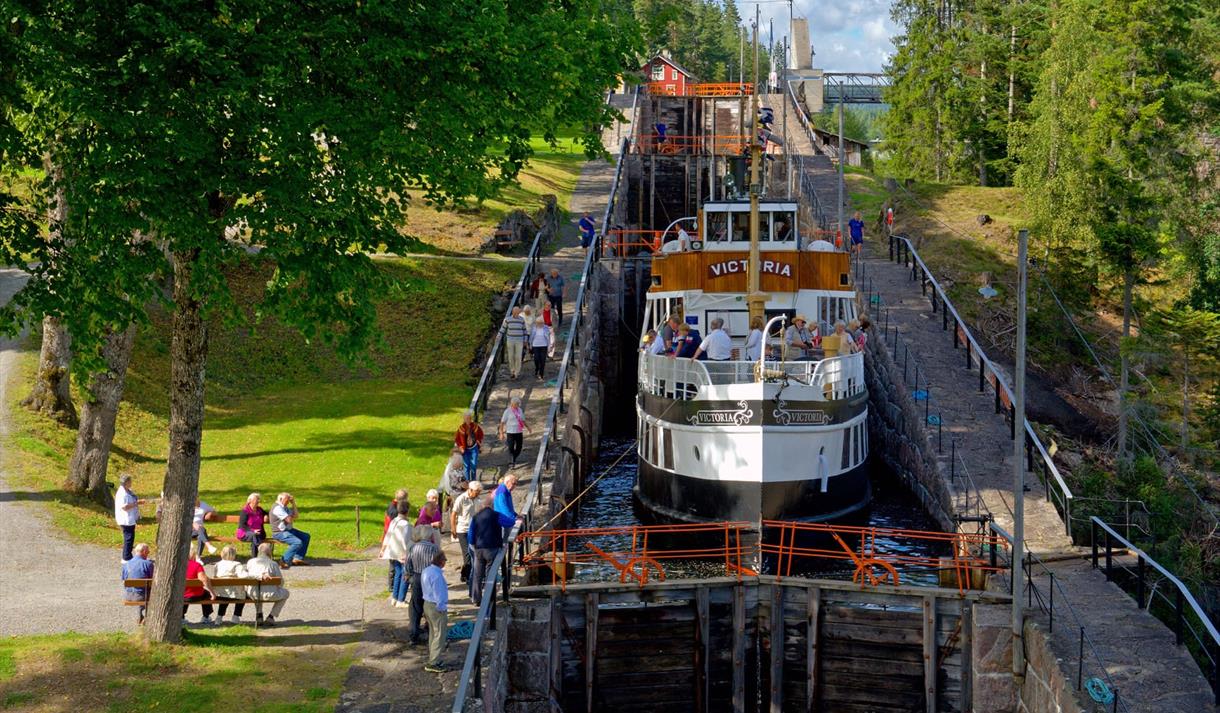 M/S Victoria is known as "the canal queen" and is considered as Telemark's flagship. The Telemark Canal is today one of Telemark's biggest tourist attractions.

Charter
M/S Victoria can be rented for charter. The boat is certified for 180 people. Contact the shipping company for prices and offers.

The story of M/S Victoria - The Queen
D/S Victoria was built in 1882 at Aker's Mechanical Workshop in Oslo. In 1953, the boat was converted into a motor ship and has been the subject of several rebuilds over the years. D/S "Amtmand Aall" gradually became too old and too small. Therefore, "Norsjøselskapet" decided to sell the ship and acquire a new one, almost identical to D/S "Nordsjø".

For the fourth time they went to Aker's mech. Workshop with the order, and one day in 1882 the company received the new ship which was named D/S «Victoria». It was probably the flourishing urge of the 1880s to give ships royal names that was behind the name choice. Victoria was launched as Aker's building number 93 on 11 February 1882. According to the yard's protocol, the boat was "named Victoria in memory of Crown Princess Victoria the Day she first came to Norway's capital." Crown Princess Victoria was Crown Prince Gustaf's German bride.

With D/S «Victoria» in motion, you could get rid of «Amtmand Aall», which became a fjord boat in the Oslofjord with the name «Viken». From now on, "Victoria" went on the route Skien-Hitterdal together with "Nordsjø". One could now maintain a route from both places at the same time, a new feature of communication had begun to take shape.