You are here: Things to Do in Skien > Passion for Skien - Prinsessegata 5 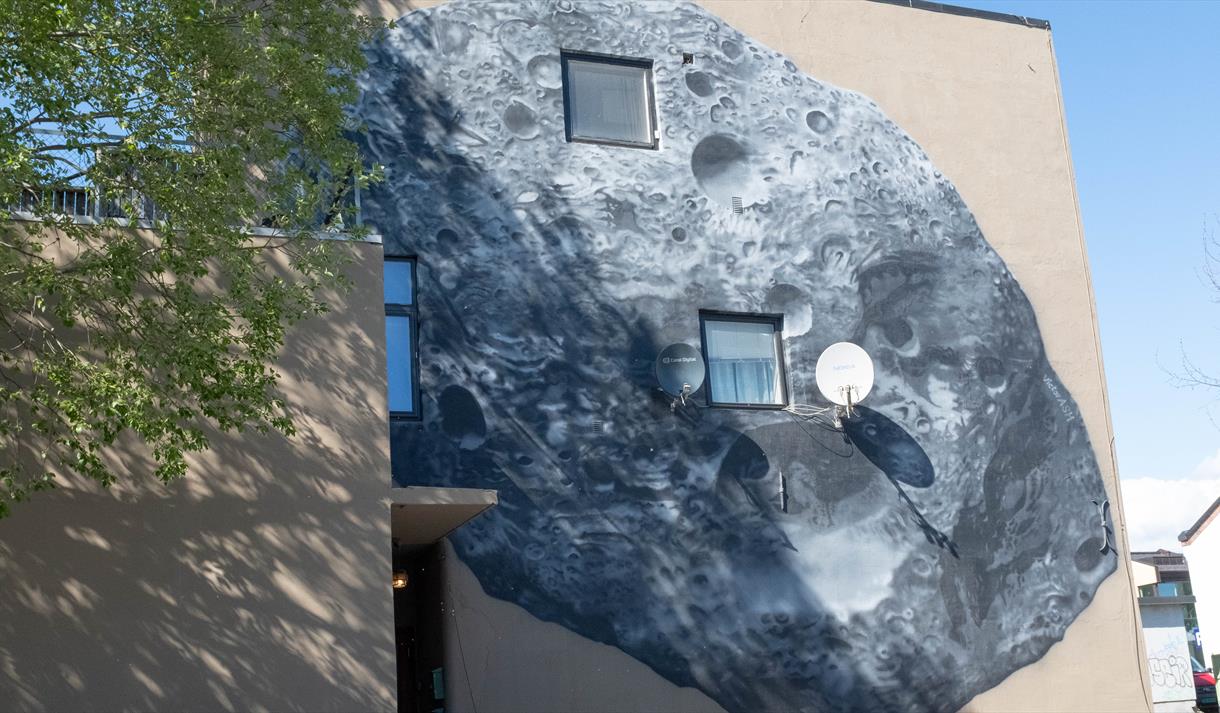 Painting: A simple design with message of safeguarding peace and our nature, and with an indication of possible water level in 2030. Victor Ash is a highly recognized French street artist, originally from Portugal , who lives in Copenhagen.

Technique: His murals show that for him is the main danger to the growing interconnection between the countryside and cities, nature and culture.

Exposure: Victor Ash made his first exhibition in 1989. Since then his work has been exhibited around the world, including in New York, Miami Art Basel, London, Seoul and Tokyo. He is especially known for its giant "Cosmonaut" in Berlin. Victor is a street artist, and often uses the contrast between urban environments and nature as a theme in his paintings.

is baptized "Interstellar Fugitive" and symbolizes people displaced, alternatively, what we may be at risk if we do not safeguard Mother Earth - "saving the planet Hearth."