You are here: Things to Do in Skien > Passion for Skien - Prinsessegt 1 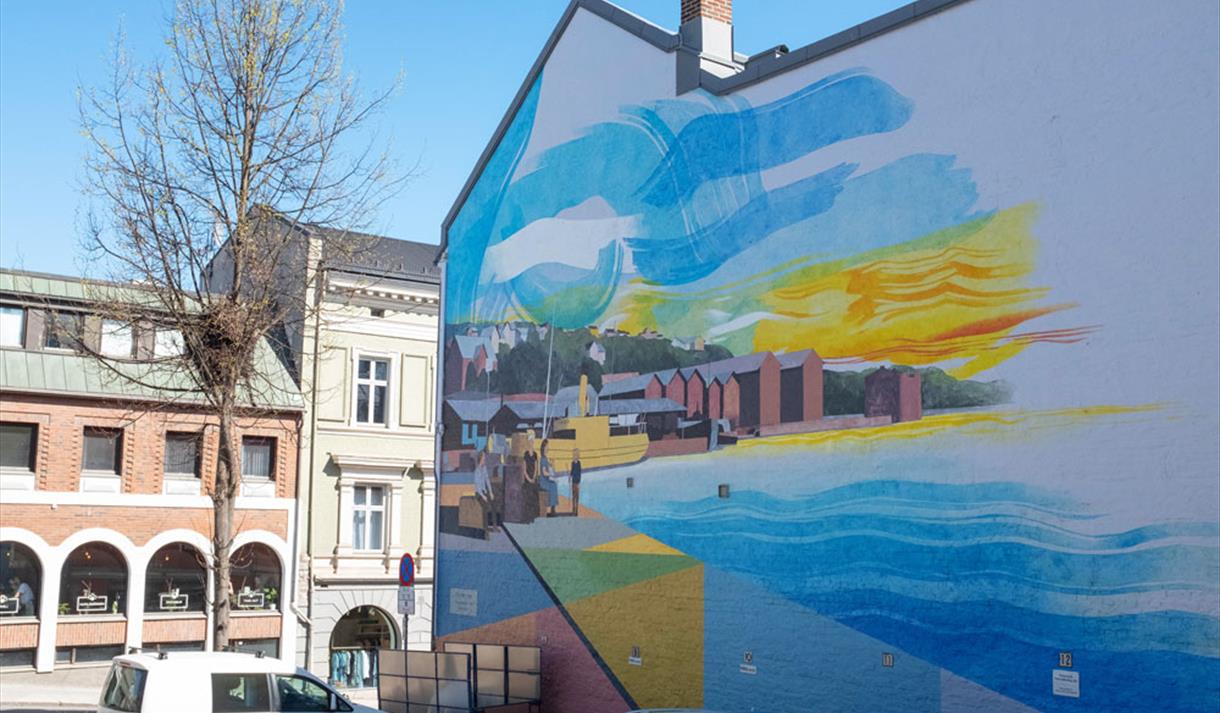 The artist behind the painting in Prinsessegata one is David Milton Guinn from Philadelphia, USA.

He is a professor of architecture and his work is documented in books, newspapers, magazines, on television and radio. He has had many solo exhibitions, and is the recipient of a number of awards and scholarships.

About the painting
David's wall is based on an original photo from Fiskeslepet in 1910. The family sitting on the wharf are reportedly emigrants, waiting for the boat that will take them to Oslo, where they will continue their journy to America.

He has used himself, his wife Desiree and his two children, Pearl 6 months and Rose 6 years as models sitting on the pier.

The white-haired lady in the middle also became a model. She is one of the pre-school teachers from Betanien kindergarten who regularly visited while David was painting the wall.