You are here: Things to Do > Tangen Fort

Tangen Fort is located at the far end of Langesundstangen, south of Langesund city centre, and is a popular hiking area. The area is a nature reserve with geological values in the form of fossils and calcareous bedrock.

Stunning vantage point
At the end of Tangen Fort there are benches set up so you can enjoy the breathtaking views of the sea.
This is a great hiking area and the nature here is vulnerable, therefore you should use the roads and the upturned trails. Take care of the place and nature by cleaning up after you. You can feel free to pick berries. In the nature reserve, the same rules apply as elsewhere in the area of fishing, hunting, dog and traffic. It is important to keep the dog on a leash during the period of leashing, which is from 1 April to 20 August.

Cannons and running aisles
In the 1930s Langesundstangen was used by Langesund's population as a hiking and recreation area. The area was used for walking, social gatherings and dancing. Benches were set up in places with good views. During World War II, the Germans made tunnels, mountain halls, running aisles, bunkers and cannon foundations. The tunnels and bunkers in the mountains are closed today, but many of the structures are clearly visible in the landscape. The Germans also set up a drawbridge and it still stands at the main entrance to the area. Tangen Fort was used by the Navy until 1996, and the area was opened to the public in 1998.

Nature Reserve and Geology
The area is a nature reserve with geological values in the form of fossils and calcareous bedrock.
The unique soil means that many rare species live here, both insects, plants, fungi and lichens. The vegetation at Tangen Fort is characterized by limestone forests with elements of ash-pointed hazel forests, hazel thickets, and patches of lime furu forest. Limestone forest is a habitat where there are many endangered soil-dwelling fungi. A total of 12 red-listed fungal species are registered here, of which 8 endangered. Several red-listed lichens and insects are also found in the area. Read more about the geology in the area. 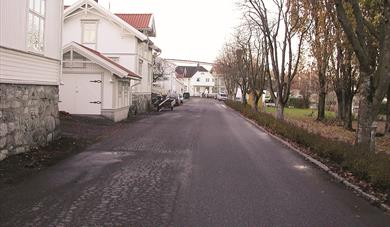 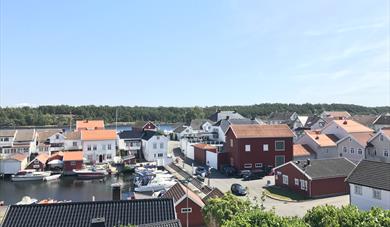 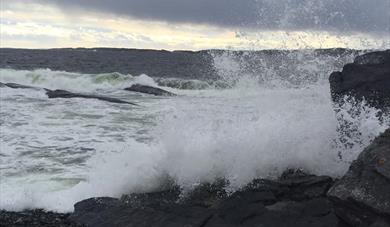 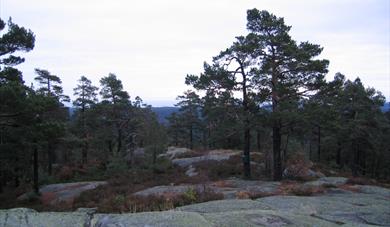 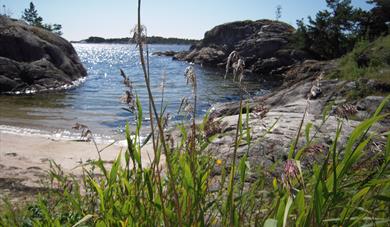 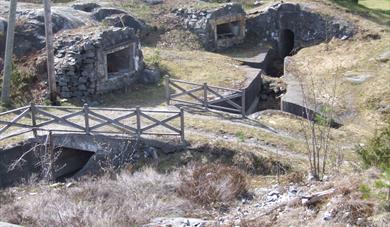