You are here: Things to Do > Gea Norvegica Unesco Global Geopark Rognstranda 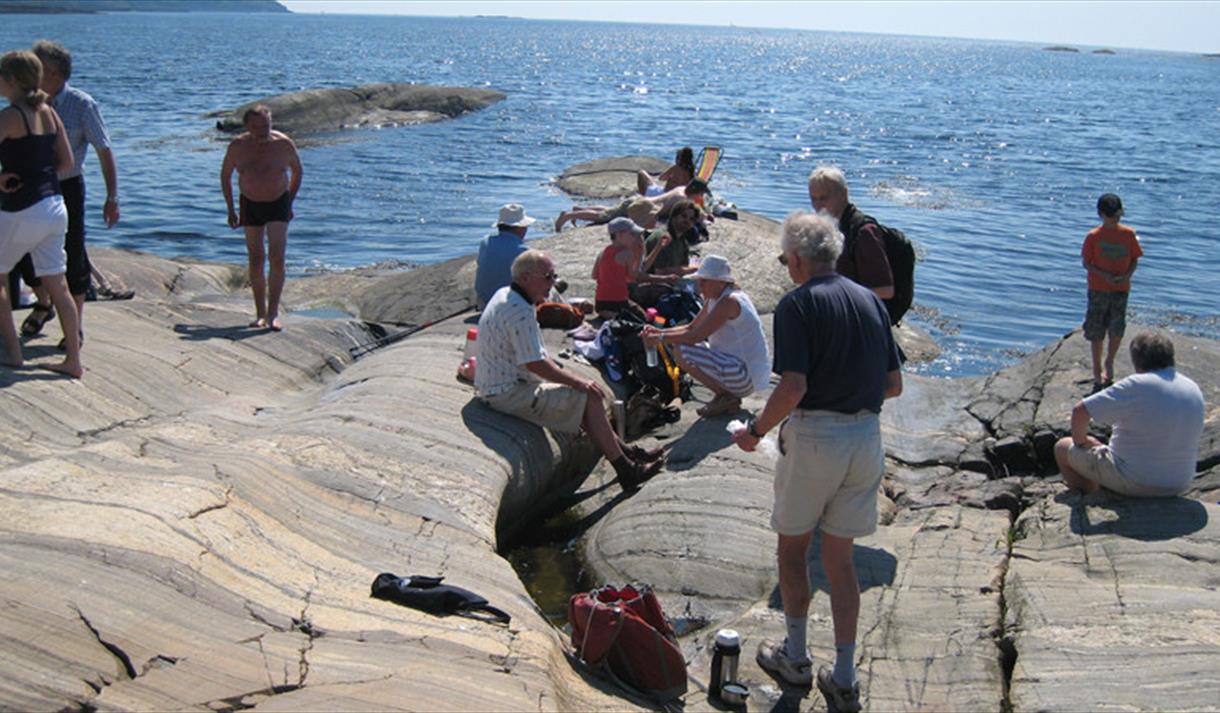 The smooth sea-side rockface at Rognstranda began its life as volcanic rocks and sediments 1500 million years ago.

The rocks became deformed and metamorphosed during the Sveconorwegian orogen (mountain-building event), about 1000 million years ago. The rocks were transformed into different gneisses, at certain depths deep inside the mountain chain. The mountains were later eroded and the gneisses uplifted, and after several millions of years, they were flooded by the Cambro-Silurian seawater.

During this period, lasting from 540-415 million years ago, the gneisses were overlain by calceraceous sediments, clays and sands. You can see these sediments in the escarpment at Rognstranda, now as well-bedded limestones and schists. Between the gneisses and the sedimentary rocks there is a time gap, an important geological boundary between Precambrian and the Cambrian (Paleozoic and Mesozoic Eras).

A lot of fine fossils may be found at Rognstranda. But, the locality is protected, so you are not allowed to collect any fossils. Also, take care, look out for rock falls from the escarpmen