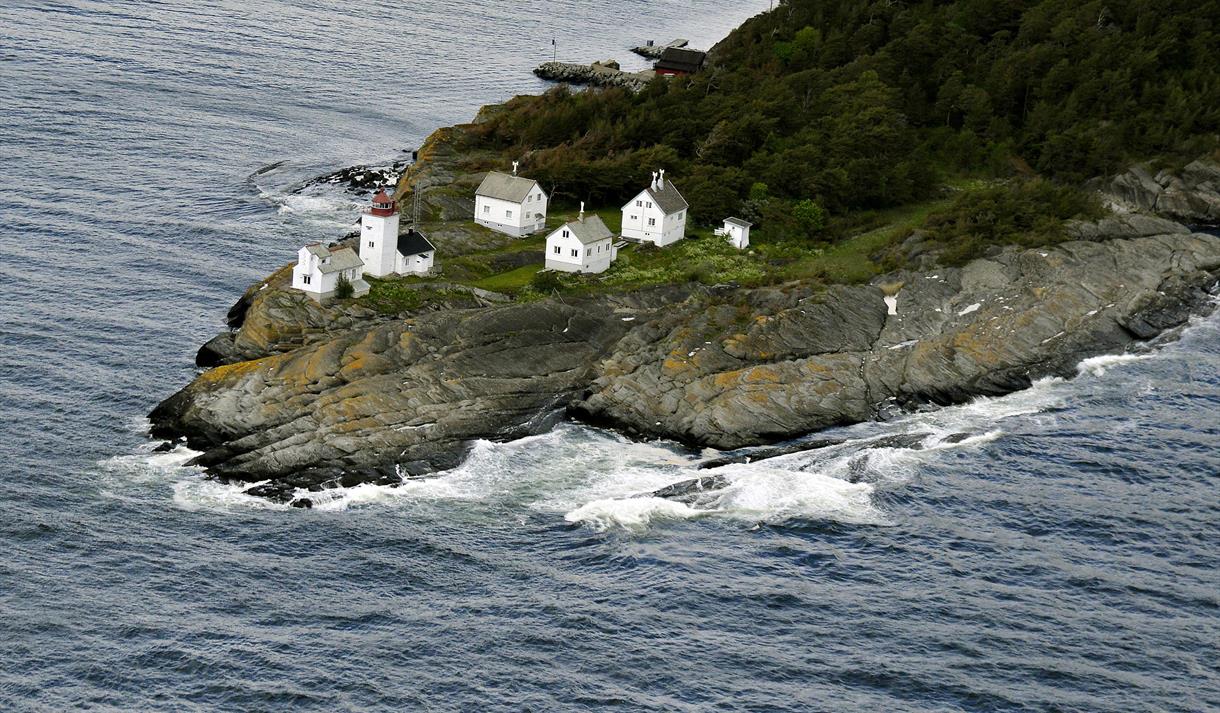 The history of Langøytangen lighthouse station dates back to 1828, when the lighthouse committee proposed the building of a lighthouse on the south of the island of Langøya.
The money was granted via the state budget, and construction started in 1837. The building of Jomfruland lighthouse began in parallel, and both lighthouses were lit for the first time on 1 October 1839. This was a great gift to shipping and the coastal population of Telemark.

The lighthouse station originally comprised a wooden tower, a house for the lighthouse keeper, a jetty and a boathouse. Continual improvements and additions to the buildings were made over the years. In the 151 years the lighthouse had a resident keeper, a total of 11 lighthouse keepers were employed here. Most of them stayed for many years, because the lighthouse was only a short distance from the ‘town’ and because the island’s sheltered location made it possible to raise a family there. The challenge was not the weather and the sea but rather the ice that came early to the sound and was slow to melt in the spring. Fog was another problem, and the lighthouse’s foghorn was once the most used in the country.

The high level of smuggling by sea meant that, from 1924, the Customs Service had its own lookout post at Langøytangen lighthouse. The post was manned until 1978 and, among other things, reported all ships coming from abroad. In 1968, the station gained a pilot station, and later radar and VHF. The pilot station was steadily expanded and for several years was operated as what is now known as the Vessel Traffic Service. The lighthouse also served as an observation station for the Norwegian Meteorological Institute from 1970/71, transmitting four weather observations per day.

Maintenance work had to be carried out in the spring, summer and autumn, in addition to watch duty. The winters, with a lot of ice, were hard, with many people needing to communicate with the lighthouse station. This included brokers, ship chandlers and newspapers, as well as Swedish and Danish coastal stations. The lighthouse keeper also worked closely with the police, for example when boats went missing.

In the early 1970s, the station was converted from a ‘family station’ to a ‘tower station’. More people were employed, and the lighthouse station adopted a system where people worked 12-hour shifts for two weeks then had two weeks off. Langøytangen lighthouse became fully automated in 1990.