You are here: Things to Do > The geological history of Bamble, Kongshavn 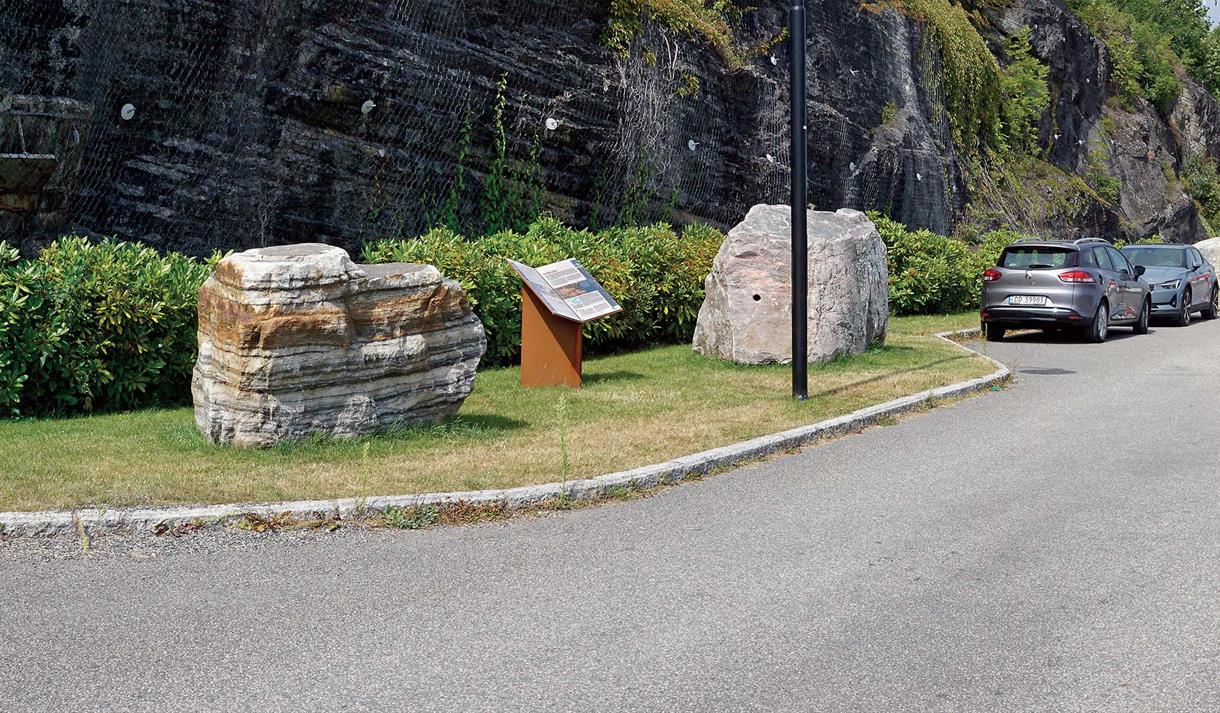 The municipality of Bamble has a long and exciting geological prehistory - a full 1,500 million years long! There are traces of many different events in the bedrock here, from the bedrock in the south and west, which was once part of mighty mountain ranges, via tropical sea areas to volcanoes and ice ages. In Kongshavn, between the center of Langesund and Fjordline ferry rental, this long story is told along a timeline. The boulders are examples of the geology in the Bamble area, and on the signs you can read more about the long journey that the area has been on.

THE TIMELINE IN KONGSHAVN – IN SHORT VERSION

Ribbon gneiss. The bedrock west of Bamble consists of bedrock. These are the oldest rocks, formed in the Earth's primeval time - the Precambrian. This variant is called band gneiss and can be recognized precisely by the light and dark "bands".

Tuber lime. In Langesund and surrounding areas, you can find limestone rocks formed at the bottom of a tropical sea, from the Ordovician geological period. Porsgrunn marble.

The Porsgrunn marble is not found in the bedrock in Bamble municipality, but with its many fossils it provides a unique insight into the fauna that existed in the tropical sea that covered the country more than 400 million years ago.

Larvikitt. The youngest rocks in the area were formed in the Permian, for approx. 300 million years ago. These originate from large volcanoes on the east side of the Langesundsfjord. In the depths of these volcanoes, Norway's national rock, larvikitt, was formed.

Loose masses. Scattered around Bamble you can find rocks that don't look like they belong here. These originate from the end of the last ice age and are pieces of mountain that glaciers and rivers transported with them from various places in Eastern Norway. Cobblestones of different origins represent our youngest part of history!