You are here: Things to Do in Skien > Passion for Skien - Lundegata 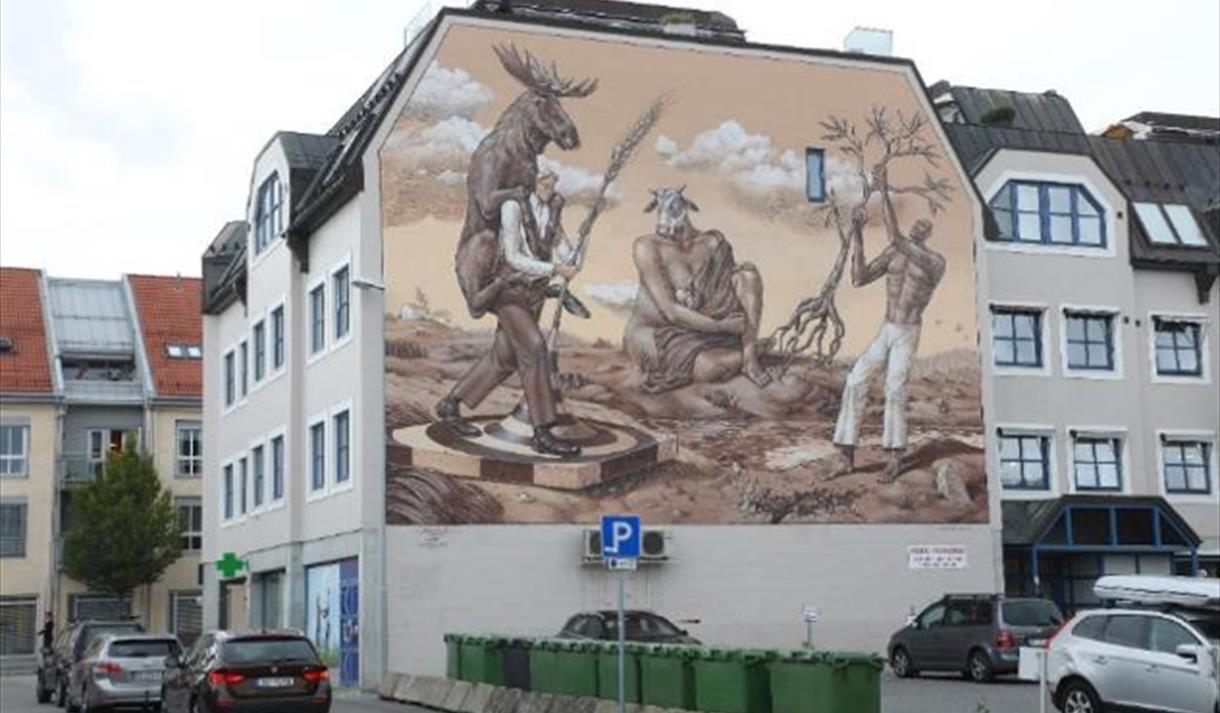 Artist is Aleksel Bordusov, trained architect from Ukrania. Aleksei is world-renowned in the Street Art community for his striking visual images. His often surreal works adorn walls all over the world. The bright, exciting murals are most often inspired by science, religion, mythology, myths and history.

The painting:
Aleksei's motif in Lundegata is, among other things, inspired by Snorre's Younger Edda. The left character - the person carrying a moose - symbolizes care for wildlife and nature. The person is holding an ear of wheat - it symbolizes the cultivation of the soil and healthy, clean agricultural products.

In the middle we find the sacred primordial cow Auðhumbla or Audhumbla. She appears in Snorre's Younger Edda. Audhumbla gives milk and plenty of nourishment to Yme, a primordial woman who represented many of the gods in Norse mythology

The person on the right tearing up the tree symbolizes refugees who lost their roots and their identity when they have to flee their homeland in search of a better life.