You are here: Things to Do in Skien > Skotfoss - a walk in the industry adventure

Skotfoss - a walk in the industry adventure 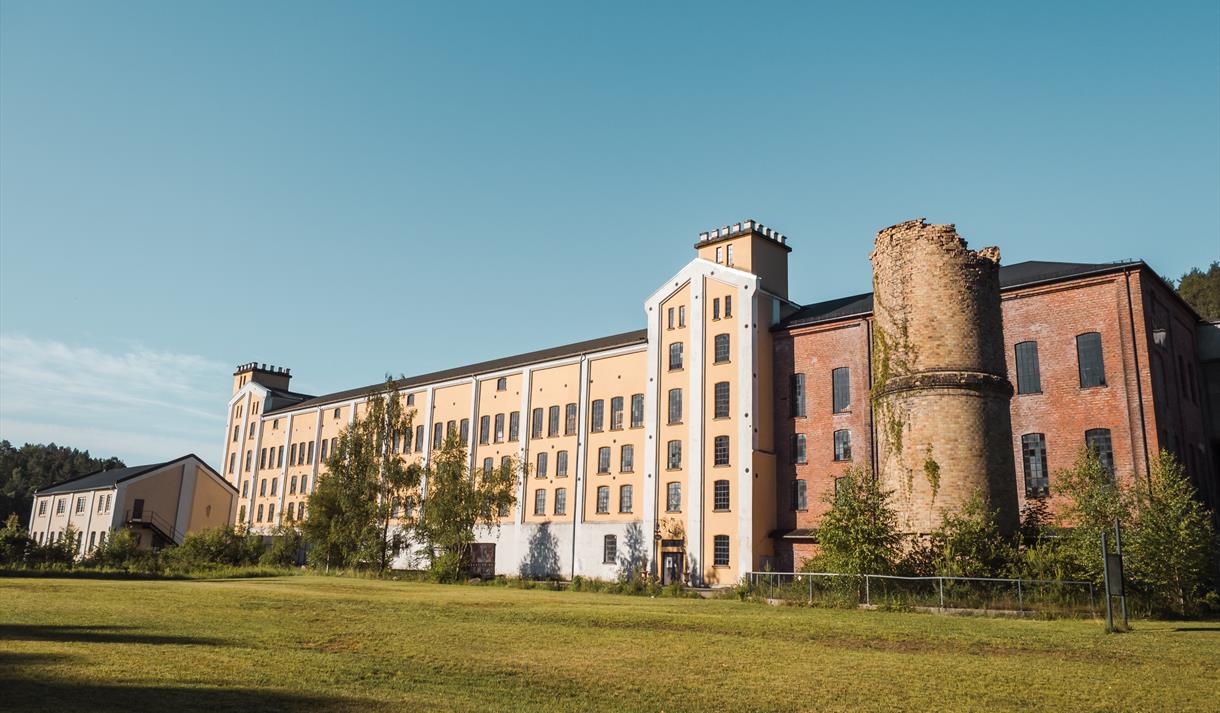 The factory started production at the turn of the year 1892-93. The road to Skotfoss opened in 1899. Although the road was built, the waterway for many decades remained the main traffic route to and from Skotfoss.

In the period around 1900 Skotfoss had just over 50 stores and small businesses, including 10 grocery stores, two dairies, watchmakers and their own police. Skotfoss Bruk was closed down in 1986. Today, there is still some activity in the old warehouses in terms of construction companies.

Skotfoss culture trail
Skotfoss culture trail, 3,5 km, provides the opportunity to learn about our close past. The trail starts at Løveid locks which are part of the Telemark Canal, and runs into scenic surroundings in forest areas and along the waterway. A total of 15 illustrated information signs show the history of the area.

Løveid locks
In 1861, Løveid locks were completed. The Telemark Canal was carved into the rock. When the canal was completed in 1892, it was called the "eighth wonder". The plant has three chambers with a total lift height of 10.3 meters.