You are here: Things to Do > Brekkeparken 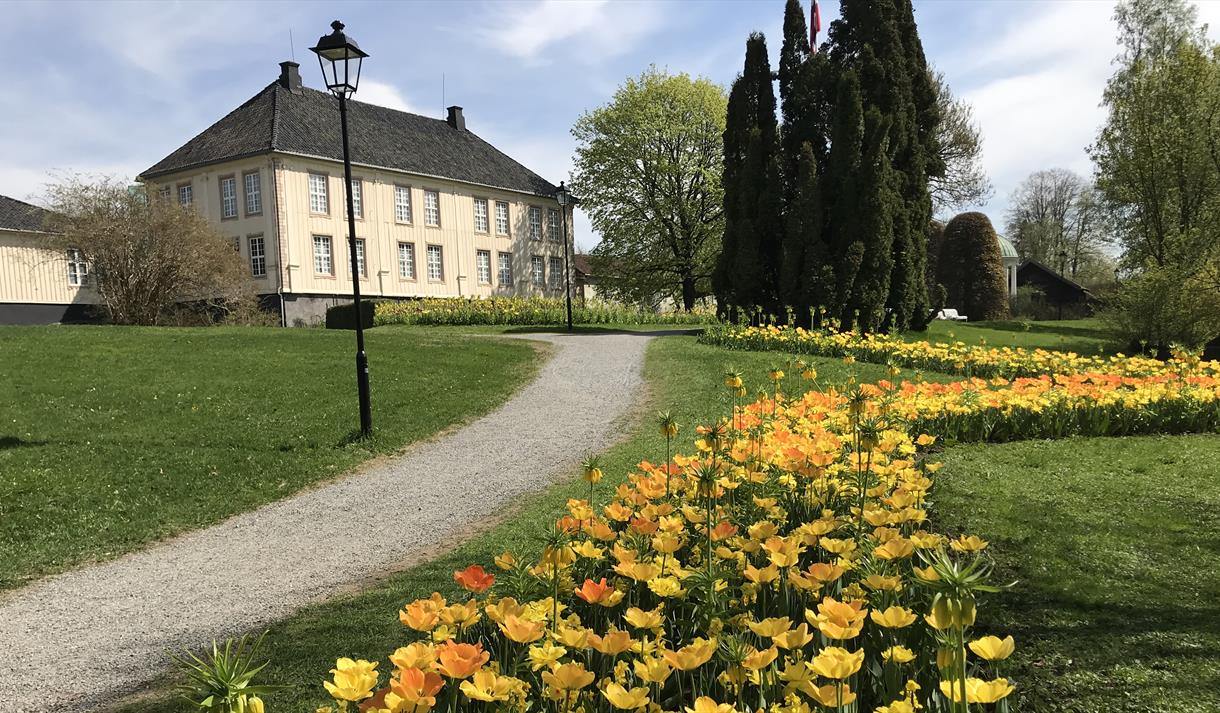 The park is large, 36 acres, and is situated on a hill right up to the center of Skien.

The main building, Søndre Brekke farm, forms the starting point for the museum and Brekkeparken. In 1810 Niels Aal bought the farm, and he started to build the large main building, the wings and the park with gazebo, pavilion and duck pond. The park was built in 1815-16 in a landscape style under the direction of the gardener H.C. Pries.

The property was sold in 1909 to a newly founded limited company and transferred to the museum, which was founded the same year. In 1915, a number of large works were completed in the landscaped garden, including a swan dam west of the main building. An artificial brook was created that ran out of the swan pond, and a new bridge was built over the stream.

In 1915 a new music pavilion also was built in the park, the pavilion was designed by architect Heinrich Karsten.

Since the museum’s opening in 1909, Brekkeparken has been a park for all the citizens of Skien, open to the public throughout the summer months. Brekkeparken is renowned for its magnificent floral displays. 27,000 tulips will blossom this summer.