You are here: Things to Do > Coastal path at Bjørkøya 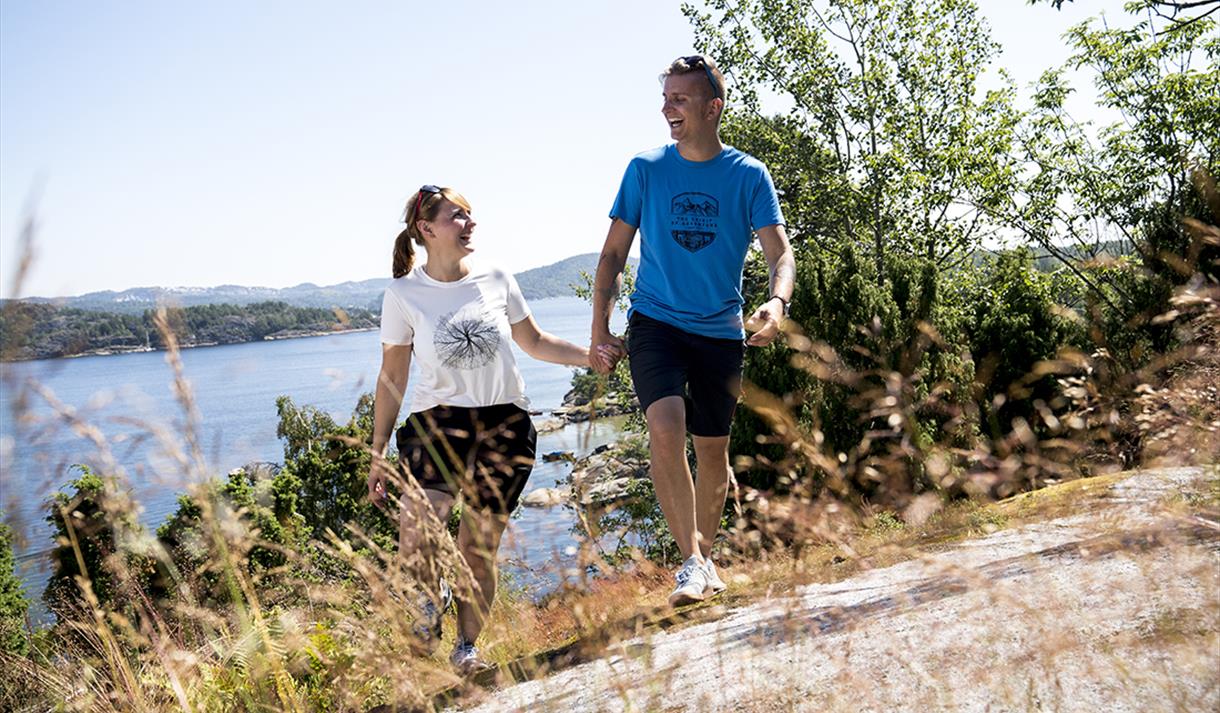 In August 2017, the new coastal paths opened on Bjørkøya outside Brevik. This was a collaborative project between DNT Telemark, the Welfare Association on the island, Bjørkøya Utvikling and the Herøya workers' association. The project is funded by Telemark County Municipality and Porsgrunn Municipality. In addition, there are many volunteer hours in connection with clearing and marking of the paths. (Text: DNT Telemark)

The coastal paths
The paths take you through a varied and beautiful coastal landscape, through pleasant cottage areas, along beautiful beaches and to viewpoints.

There are 2 marked hiking trails that run in varied, easy terrain. Round trail 2 is suitable for bicycles, prams and wheelchairs. You can take detours to Rørholmen (0.3km), Kreppa (0.5km) and the view north of the ice pond (0.3km). These are nice vantage points with benches. There are several nice bathing places, so here the whole family can enjoy a whole day.

Restaurant
You can enjoy a good meal at Bjørkøya Mat & Bar.

History
Bjørkøya has been inhabited far back in history, perhaps as far back as the Bronze Age 500 BC.

The first known owner of the island was Gimsøy monastery in Skien, only in 1 665 did Bjørkøya come into private hands. Bjørkøya is 1400 acres in extent and the greatest height above sea level is 44 m.o.h. Bjørkøya was an old trading place and locals made a living by having a few cows, sometimes sheep and goats, horses and a couple of pigs next to fishing. There was also some boat building and some forestry. Production and export of natural ice started from approx. 1 880. Hans Jacob Hvalen was the owner of Bjørkøya in 1 882 and established Bjerkøen ice cream shop. A large ice pond was built at Bjergli, which stands there Today. Bjergli was originally a barracks for the workers at the ice cream shop. 11 91 6 the pond was drained and turned into cultivated land, later a pond was formed there again and vanilla lilies were planted from Siktesøya by Martha Endresen on Skogly.

Hiking map of the island Bjørkøya in Porsgrunn
182 Kb