You are here: Things to Do > Mule Varde 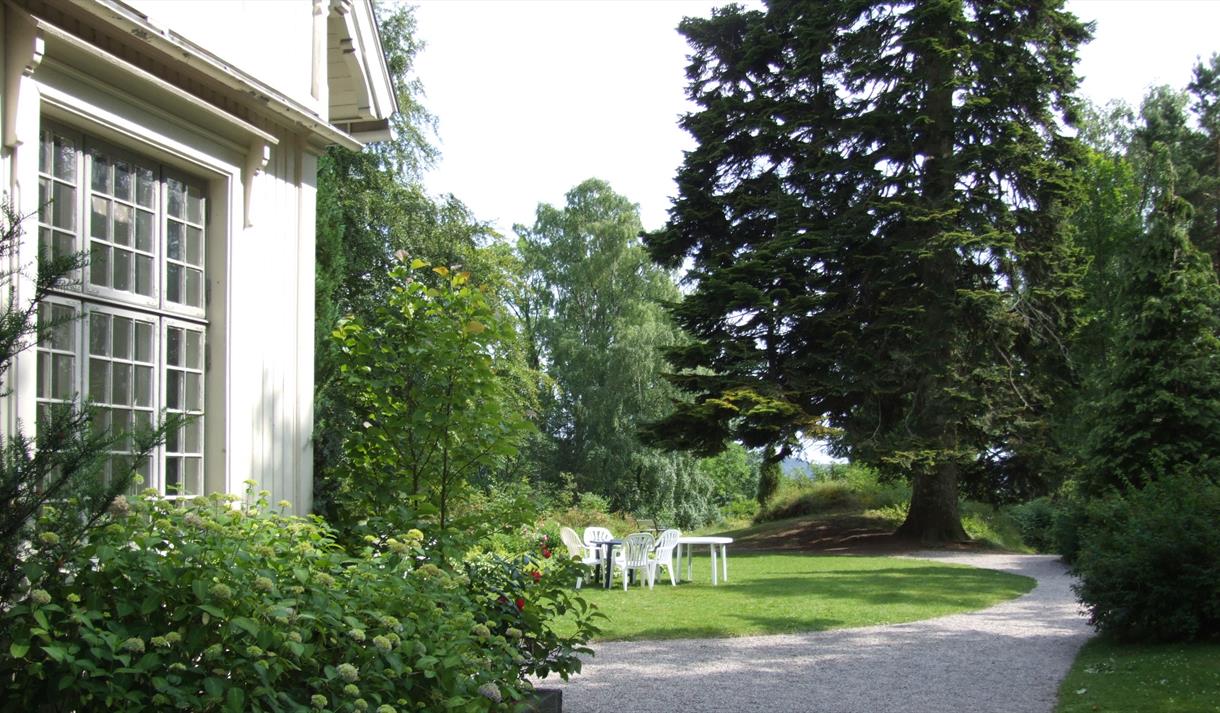 Mule Varde is publicly owned, and after extensive restorations, Mule Varde appears today as an open garden of splendor.

The story of Mule Varde
The park was laid out at the end of the 19th century and is an example of English landscaping. Both the building mass, the park and the garden have remained relatively unchanged since it was established more than a hundred years ago. As a cultural monument, the facility represents an example of the bourgeoisie's leisure facilities in the 1800s. The beautiful main house and park date from when the shipowner Petersen bought the place in 1874 and began a large-scale development.

Entry is free and the garden is open to everyone all year round.

Nice green areas and beach
The garden is open to everyone all year round and is beautifully situated by the Eidangerfjord. The main house functions as a community center and the outdoor areas have been upgraded with nice footpaths and green lawns like in the good old days. The small gazebo and the beaches work together as an attractive bathing facility.

Blue marked trail "Mule *Vandringen"
​​​​Porsgrunn og Omegn Turistforening has marked a path "Mule Vandringen", which takes you around the nature on the site. Use the path, but leave the natural areas unused.

Admission is free and the garden is open to everyone all year round.