You are here: Things to Do > Trail til Gonge 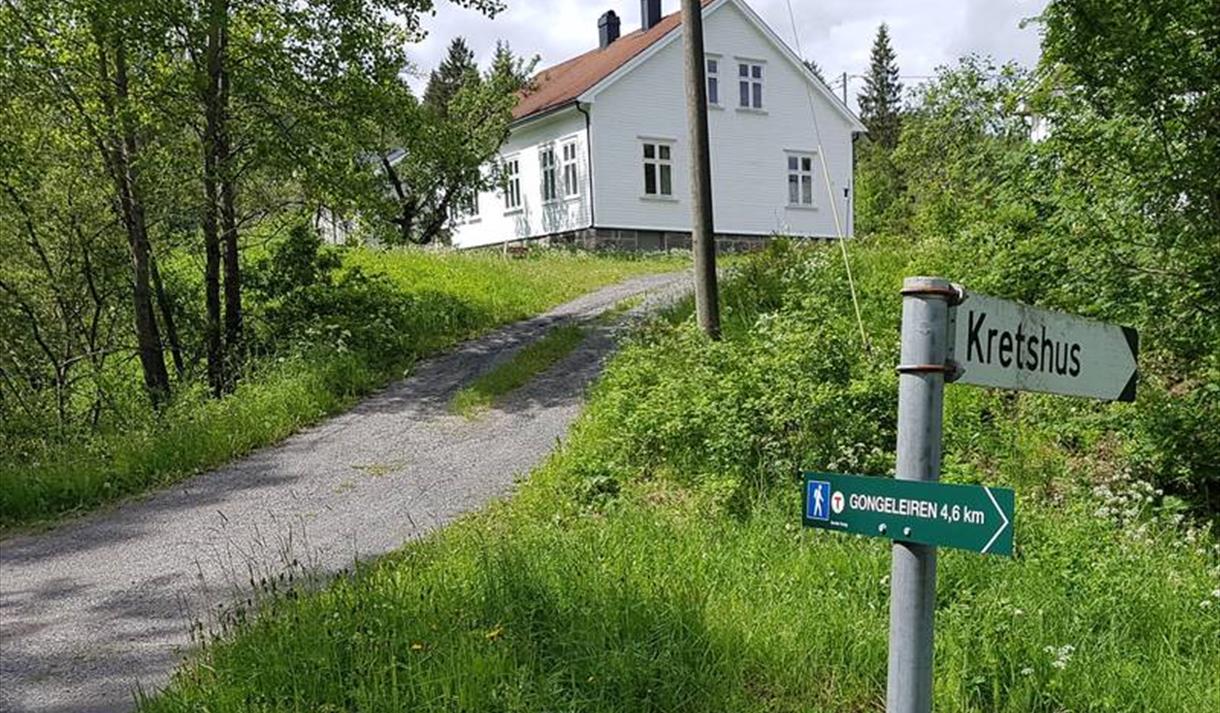 This tour was marked and organized by Dørdal Vel many years ago.

Then it has healed again. In conjunction with the 75th anniversary of the Gongeleiren amusement park tour guide in 2019, Bamble Turlag and Dørdal Vel agreed to redevelop the trail again and to re-mark it. It was also expanded to move from the Gong camp to the lookout post used by the skaugutta to see if there were Germans on their way to the camp.

The tour starts at "Grendehuset"  on Dørdal, where it is possible to park for some cars. After about 100 m on Old South Main Road, turn left onto a farm road under E18 (until December 2019) and continue on Gongeveien. It passes under the new E18 and continues past Fostvedt Farm, from where it is a toll road. Follow the old fine sign and the more modern green to the left towards Gongeleiren. Then it will be about a km on the old tractor road and trail until you reach the dirt road again. Follow this north until you see the sign for the right sign for Gongeleiren. (It is also possible to turn off to the right earlier to get "back to the camp" via the lookout post.).

In the place where the Gong camp stood, there is a memorial support with the names of those who were in the camp in the autumn of 1944 and an information board has been set up.

From Gongeleiren there is a newly cleared and marked trail south to the lookout post, where one looks to Gonge farm. Here you could see if there were Germans, which it did on November 23, 1944. From here, the trail goes back to the dirt road.

The length of the tour is the length up to this point, as indicated on the map. From here you can follow the same route back to the circuit as you came. The total length of the trip is about 9 km.