You are here: Things to Do > The Langesundsfjord Coastal Association 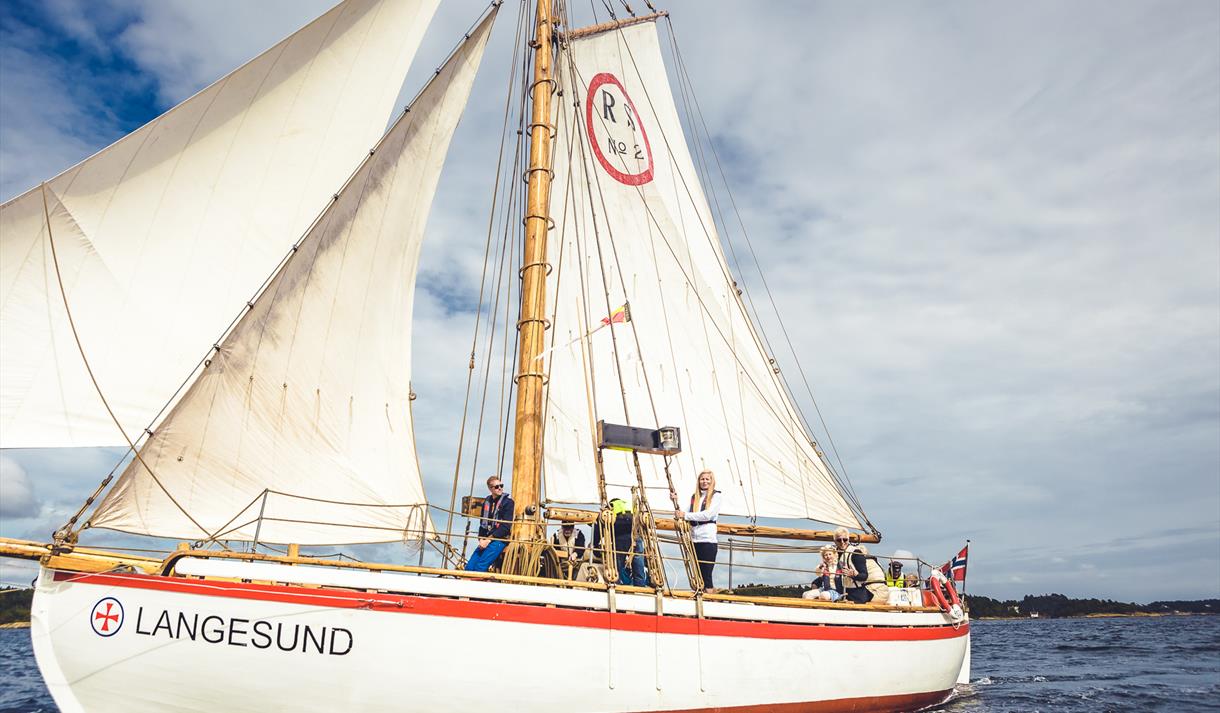 The Langesundsfjord Coastal Association was founded in 2002 and has around 210 members. Its aim is to promote conservation and general use of traditional vessels, buildings, works and the coastal environment at large. The Association seeks to carry out educational work to increase understanding of the values of human and cultural traditions in coastal history, and to uphold and develop industrial and craft traditions.

The Coastal Association offers accommodation at Langøytangen lighthouse under the Kystled scheme to promote coastal tourism.

The Coastal Association was given a boost when the county governor awarded funding to restore the last lighthouse keeper’s house (dating from 1939). The county invested NOK 1.4 million, and around 50 volunteers from the Coastal Association devoted more than 2000 hours to the project. The oldest lighthouse keeper’s house, built in 1839, has also been restored. During the 2018 season, around 1100 guest nights were spent at Langøytangen lighthouse. The Association is a member of the Norwegian Coastal Federation and was awarded the ‘Coastal Association Prize 2013’ for its good work. In 2018, the Association entered into an agreement with the Norwegian Coastal Administration to lease the engine house, which is now being restored.

As part of the Norwegian Coastal Federation’s ‘Adopt a piece of coastal cultural heritage’ project, Langesundsfjord Coastal Association has adopted Langøytangen lighthouse, Figgeskjær bell tower and light, and a total of 19 mooring rings on Langøya.

The Coastal Association is based at Tollpakkboden and Tollboden – the customs warehouse and custom house – where it has excellent meeting rooms and a workshop.

The ladies’ group ‘Tangsnellene’ takes an active part in the Association’s activities, for example by preparing food during the ‘coastal culture week’ held each June. Other activities include traditional food/clothing, local history/digital narratives and various events at the lighthouse.

RS2 Langesund is a magnificent sight moored at the quay at St Helena. Dating from 1893, this was Norway’s first lifeboat, built at the Porsgrund Baadverkstad boatyard. The Coastal Association has devoted countless hours to restoring the boat and is responsible for operating and maintaining it. RS2 now conducts approx. 50 tours a year around the Langesundsfjord.

Members of the Coastal Association are active on Langøya, and between 2009 and 2017 devoted more than 1000 hours to a comprehensive restoration of the old boatyard.

The Association’s facilities are comparable with one of Telemark’s medium-sized museums and include:

The Coastal Association opens Cudrio Kystmuseum – coastal museum – for the summer season, and Gudmund Gjestland’s maritime collection can be visited on the ground floor of Tollboden, with some of it in the nearby Tollpakkboden.

The Association also contributes on the environmental side and has entered into agreements with the voluntary association ‘Keep Norway Clean’ and Bamble municipality to keep the beaches around the guest harbour on Langøya and around Langøytangen clear of plastic – and other waste.

We are now restoring ‘Fiskerhuset’ [the fisherman’s house], which will be used to provide accommodation in Langesund under the Kystled scheme once it is finished.