You are here: Things to Do > Furustranda bathing place 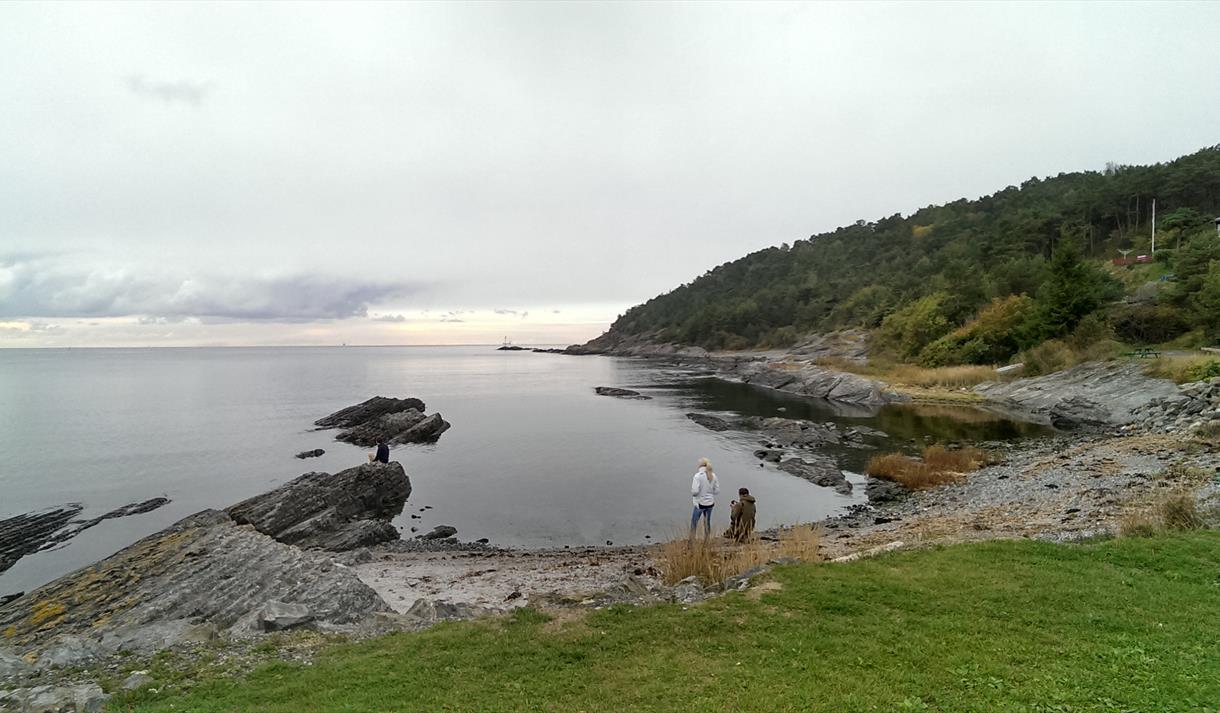 Situated right out where the fjord meets the open sea, Furustranda is a popular walking area and place to swim, just a few minutes from the centre of Langesund. There is a small sandy/stone beach, an area of open limestone rocks and a larger stone beach.

Bamble municipality is undertaking a major upgrade of the site, which is sure to become one of the most popular places to visit along the coast. It’s a fantastic place to take photos of the sea when a storm is raging and of beautiful Langøya straight across the sound.

Furustranda is very exposed to the elements, and when the sea and wind are at their most dramatic, many people come here to watch the waves being thrown against the shore. There are benches and picnic tables, WCs, HC-toilet, rubbish bins and parking, and it’s a good place to enjoy the tranquillity as you look out to sea and the people in boats sailing into and out of Langesund.

The area is of botanic and geological interest with Cambro–Silurian rock types. The vegetation comprises both calcareous pine forest and deciduous forest. There are several red-listed species in the area. The path from Furustranda up to Tangen Fort is popular with people walking on the Langesund peninsula.