You are here: informasjon > Product Catch all > Gruveåsen rundt 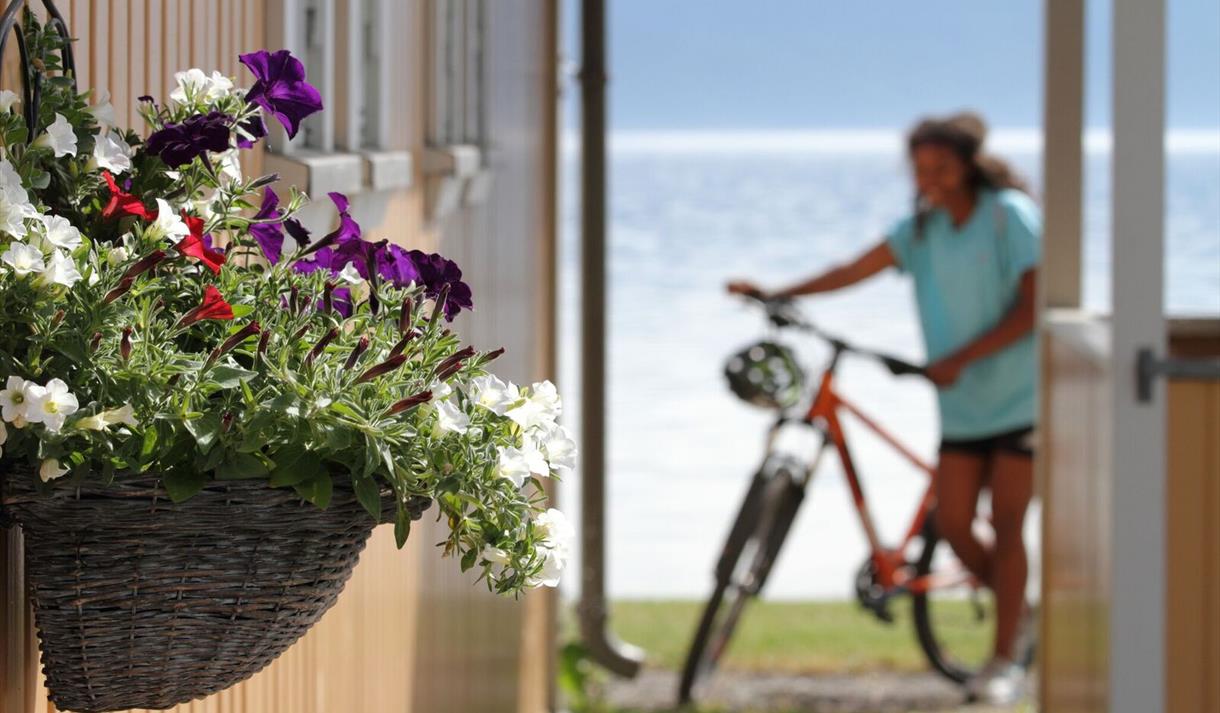 Øvre Verket is a collection of workers houses constructed during the early 19th century. The red painted houses were built by the Cappelen family to house workers at the Ulefoss Ironworks. Øvre Verket represents a important culturally historic memory of the early industrialisation period of Norway and was listed as a cultural heritage site in 1982.

Start
You will find cycling information on the walls of one of the houses, and the cycle trip is post signed from the area. Along this trail you will pass geological conservation areas and remnants of the Fen volcano. Take small detours to really soak up the centuries of mining activities in the area. Beneath, you can but sense Norway’s greatest thorium resources.

Guest marina
From Øvre Verket the route passes by Ulefoss guest marina. Here, the boating tourists on their way up the Telemark canal can moor for the night. By the marina you have a beautiful small beach, and you can buy some food and grocieries during the tourist season.

Øra
The road continues past the resting area at Øra (toilets). You’ll find a playing area equipped by the local manufacturer Søve lekemiljø. At the resting area you can read about Geo Norvegica geopark and the Fensfield on two large signboards. You will now follow the tourist trail across the brook and past the administration building until you reach Midt-Telemark Energi. To the left you’ll see wetlands with over 150 registered species of bird.

Fenitt
On the other side of Grønvoldveien you can see that the surface of the mountain is fair coloured. You are now in the Fen area. An important rock type here is fenitt. The gneiss at the outskirts of the fen vulcano has been transformed by heat and warm liquid. It is possible to have a guided tour into the Tuftestollen which is 1.3km long. Contact www.midt-telemark. com. By the cycle trail you will find benches made of old lock gates and stone markers by the road depict some of the stone types in the Fen area. From the 1950’s there was a substantial mine here. Primarily mining for søvitt to extract niobium. If you take the trip down to Simonsodden, you’ll find explanatory sign boards with descriptions for some of the rock types and minerals in the Fen area.

Søve
When cycle further on, you will find a sign indicating to turn right on a gravel road (2km). You will follow this road to Søve high school. The school educates rural sciences. The school dates back to 1893 when it was established as Bratsbergs Arnts agricultural school. A number of artefacts at Søve witness a long historic period of past settlement. Follow the signs through the school grounds and continue on a narrow road. It is entirely possible that this road was utilised by miners working at Gruveåsen mines.

Gruveåsen
You arrive at the Gamlevegen which you follow for 2.2km. When you pass the Fen School, you will see Gruveåsen to your left. You will soon spot a trail into the are with the old iron mines. Take a left when you get to Namløsvegen but beware you’ll soon come to a steep hill down to Grønvoldvegen. You will follow this road all the way until you get to Ulefoss. After passing Søve Lekemiljø, you will see a trail into the mining area. Dont hesitate to take a detour from Grønvoldvegen when you see a turning for Torsnes badeplass. You’ll soon recognize the foot and cycle paths back to Øra and Øvre Verket.

Have a good trip!