You are here: informasjon > Product Catch all > Bjønnerunden 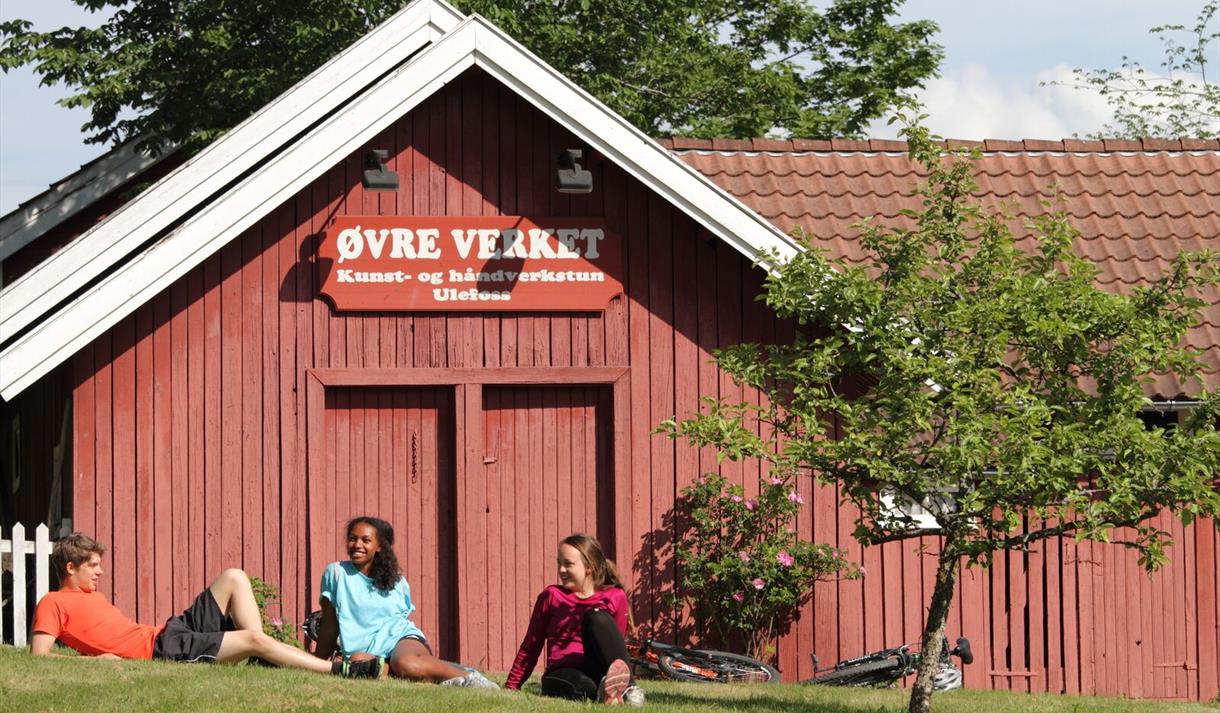 Øvre Verket is a collection of workers houses constructed during the early 19th century. The red painted houses were built by the Cappelen family to house workers at the Ulefoss Ironworks. Øvre Verket represents a important culturally historic memory of the early industrialisation period of Norway and was listed as a cultural heritage site in 1982.

You will find cycling information on the wall of one of the houses, and the cycle trip is post signed from the area. In Bjønnerunden, you pass two castles, a medieval church ruin, Telemarks largest farm, and one of the oldest industrial complexes in Europe. Please, show consideration as you will be cycling through private property. Only Øvre Verket and the Holla church ruins can be visited.

From Øvre Verket the trail goes up Kirkebakken. In the north west there is a castle, Kooh-i-Noor, approximately 200 m south west of Øvre Verket. This castle from 1886 is a copy of the castle at Vækerø in Oslo, but has its own fascinating history. The building has been well hidden over the years, but recent logging has uncovered it. The building was designed by Herman Back and is a richly ornamented brick building of the neo-gothic style with crow-stepped gables. The same architect also designed the Landsmarka chapel (1895).

The old Holla church was a stone church from around 1200 and was partially demolished in 1878. The ruins were restored over a period from 1923 to 1925, and is again currently focus for further restoration. The area is not enclosed, so take a trip down to look at the ruins, the views, old ash and oak trees, and the graves of, amongst others, the men of Eidsvoll Høysum and the priests Bremer og Thone. The flat field past the ruins are called Klokkertønna. By tradition, the church bell ringers had rights to harvest the grain of these fields as part of their salary.

Have a nice trip!