You are here: informasjon > Product Catch all > Bikepacker - East Telemark 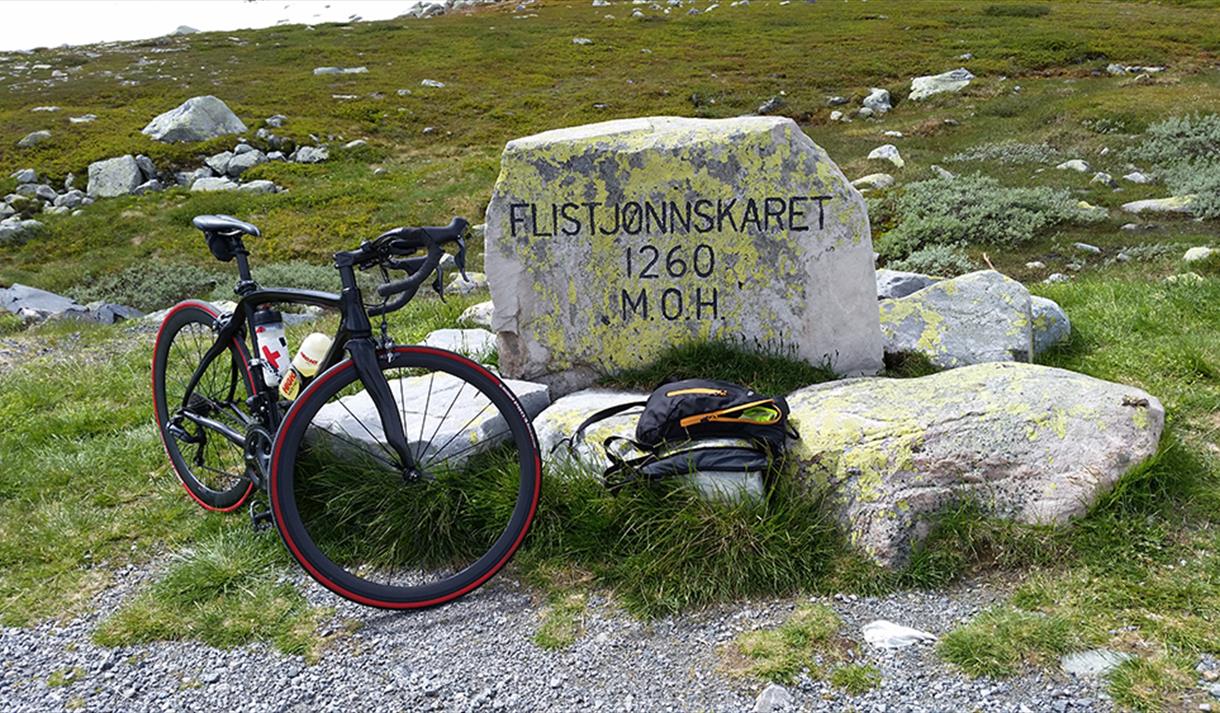 3- to 6-day tour in Øst-Telemark, starting from Notodden.

We’ve chosen to start this tour from the public transport terminal at Notodden, which is easy to reach by bus and train. There are plenty of food shops and a bike shop in the area.

The route has some big climbs, and choice of direction can be made on this basis.  The route is described going anticlockwise.

From Notodden, we follow Svelgfossveien road up to Svelgfoss hydroelectric power station and Lake Kloumannsjøen. Here you can choose which side of the lake to cycle along, on Folseråsvegen or Årlifossvegen.  Taking the latter, we come first to Grønvollfoss, which is the second of the three power stations along this river, and then to Årlifoss, which is the third.

On reaching Bolkesjøveien (county road 37), we turn right up to the intersection at Ormemyr, where we turn off left to follow county road 364 over Hovinheia. This part of the route offers several places to camp overnight, whether you prefer wild camping or a campsite.

After a long climb up towards Hovin, we start the descent to the village of Austbygda and Tinnsjøen, which is one of Europe’s deepest lakes. If you have time for a fishing trip on the lake, you’ll find it rich in fish with a large stock of trout and Arctic char. If you’re lucky, there are trout as big as around 10 kg, as well as a large variant of the Arctic char known locally as gautefisk – literally ‘spawner’ – and caught in deep water using a line. Lake Tinnsjøen also played a key role in the WW2 sabotage campaigns against heavy water production at Vemork – it’s well worth incorporating this piece of history into your tour.

From Austbygda, we cycle to Atrå and start the climb up to Kalhovd – not particularly steep but a long climb that changes from asphalt to gravel part-way up the valley. Along the road are some attractive farms, which become increasingly mountainous as we approach the treeline. And now we have cycled into Hardangervidda, Norway’s largest national park.

“If the wind direction has been favourable, you may already have seen a flock of the 15,000 wild reindeer that live on the mountain plateau.”

Once at Kalhovd, it’s definitely time for some good food! Several of the trekking cabins compete to offer the best locally sourced traditional food, and Kalhovd is one of them.

At Kalhovd, it’s tempting to give the bike a rest for a day or two and don your hiking boots to hike to one of the other trekking cabins. Mårbu is less than a day’s walk away through fine terrain. There is also a boat between Synken and Mårbu once a day. If you’re lucky with the season and the spring hasn’t been too cold, picking and snacking on cloudberries along the road is a memorable experience. Freshly picked cloudberries with sugar on a slice of bread is a true ‘taste of the mountains’.

From Kalhovd, the tour continues on a gravel road through the mountain landscape to the WW2 gun emplacements at Gvepseborg and the Krossobanen cable car. You can cycle down Ryesvei, which is the start of the finishing stage of the Telemarkshelten bike race, held in early August each year.

At the bottom, it’s a short way up to Vemork and the Norwegian Industrial Workers Museum. You can see into the canyon carved by the Rjukanfossen waterfall and see where the heavy water sabotage campaigns played out. Vemork and the Rjukan-Notodden industrial complex are part of the UNESCO Industrial Heritage Site, and well worth experiencing