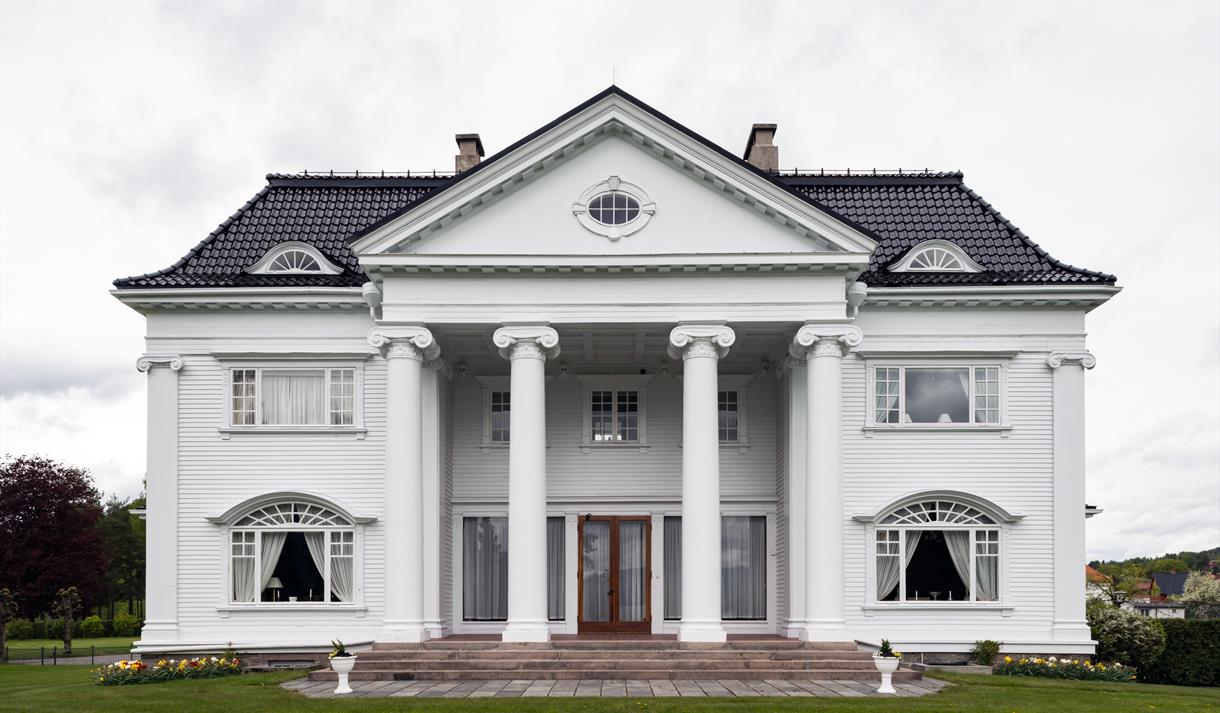 The industrial worker, office clerks and engineers, and the entrepreneur. That is how the early 20th century housing situation was organized, almost like steps on a flight of stairs. The working-class was at the bottom, then came the middle-class, and at the top with a view you had the founder, the CEO – the upper class. It is quite rare to find such an evident geographical division of social classes as you’ll find here.

In Grønnbyen, or Green Town, there is 25 vertically divided houses for two working-class families each, and three single-family homes.
The housing in Grønnbyen held a high standard in its time, and was among the first houses to have indoor WC.

At Villamoen, or the Villa Plateau, there was built 17 single-family villas, intended for the office clerks and engineers. The Villas were planned and designed by of the leading Norwegian architects at the time. The villas are affected by several architectural styles, such as Art noveau, Neoclassicism and Baroque revival.

Admini, the administration building, was among the first houses built by Hydro in Notodden. The building is situated at the southern end of the Villamoen plateau, with a grand view of the Hydro industrial park and lake Heddalsvannet. This is where Sam Eyde had his residence when he was in Notodden. Representation and dinner parties was among the other areas of use for Admini. The majestic villa with both Art noveau and Neoclassicism architecture. The area surrounding Admini is a beautiful park with tennis courts. Every annual general meeting in Hydro was held at Admini until 1960. Admini is still owned and used by Hydro for representation and meetings.