You are here: Information > Product Catch all > Kil 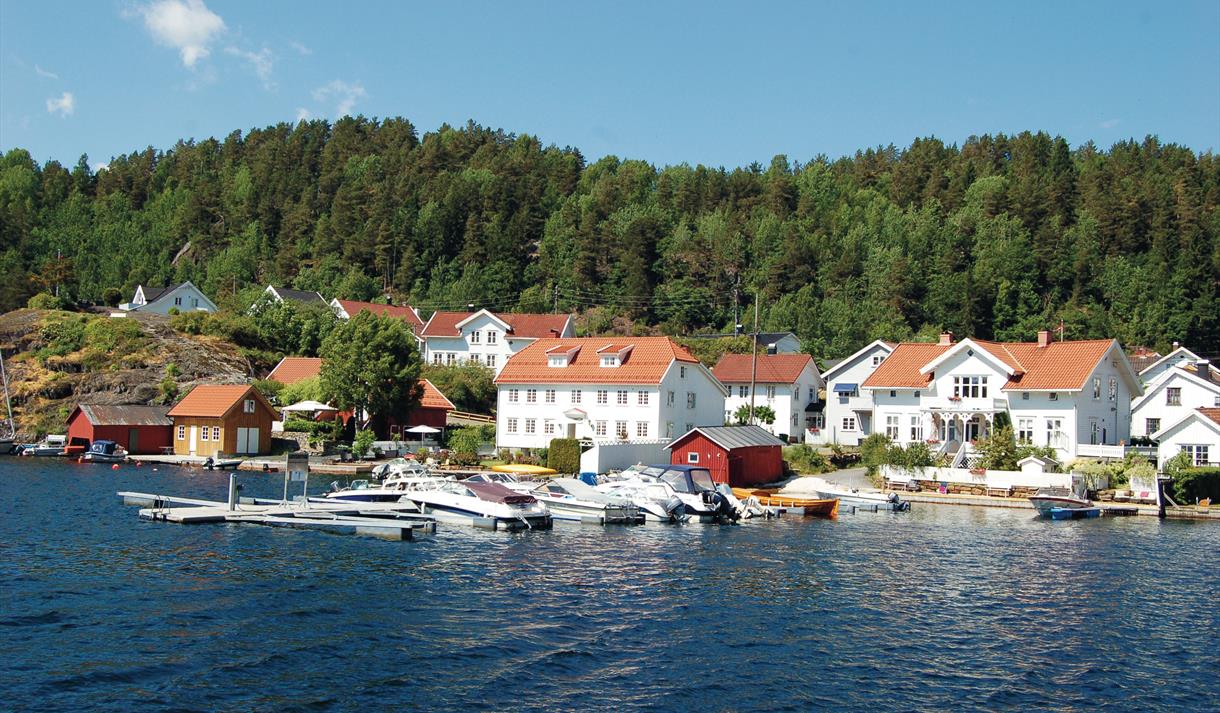 Kil has, together with Sannidal the oldest urban settlement in the Kragerø municipality. Located in the heart of Kilsfjorden, Kil had an important and central role in the business industry in Kragerø. Today, however, the area appears as an idyllic little gem. With great nature and water on all sides, as well as an incredibly charming eatery where you can enjoy an amazing meal, everything is well suited for good experiences here in Kil.Take a stroll among the many restored and cozy houses and let your mind wander back to the olden days, go exploring in the beautiful nearby nature or perhaps you’d rather enjoy a cold, locally brewed beer from Wesselgården while enjoying the view of the beautiful Kilsfjord.

Experience Kil
You can walk along Kilsfjorden all the way to Frøvik Farm. Did you know that many famous Norwegian artists have visited the Frøvik farm? Erik Werenskiold has, for example, painted some of his famous paintings there. Just outside of Kilsfjorden lies Dypsund. This is an island that is just as much visited by tourists as resident, the whole season through. Map of the Kil-area can be found here!

- Hesttjenna
Hesttjenna is a great tarn in Kil, from here it is also easy to navigate up to Hesttjennknuten. The hike up to Hesttjenn is about 6.2km and takes approx. 1 hour. It is an easy trip that is best hiked in April-October. The hike starts at Torsdalstjenna in Sannidal and the first part of the trip follows the “scouting trail”/Speiderveien along the highway between Kil and Torsdal. Along the trail there are many nice campsites and viewpoints, such as the Sangthansvaken with its beautiful view of Kil. Along this trail you will find information about different time periods, weathering, types of stone etc. Some places along the trail also follow old roadways through the forest. About 100 meters from Hesttjenna you reach a crossing where you also may choose to take the road on the left, up towards Hesttjennknuten. Some areas of the trip can have wet areas so good footwear is recommended. You can find hiking trails / maps here!

- Lyngdalsknuten through Styrefjell
From the boat harbor in Kil you can go on a great hike which is also a geocache-hike. If you go on the geocaching hike it takes approx. 2 hours. The hike goes to the beautiful Lyngdalsknuten which is 134meters above sea level. Locally it is called Sukkertoppen, and the whole mountain is called Styrefjell/navigation mountain, after the time when the boats used the mountain to navigate in to Kil. This is a short and nice trip and you’ll be surprised over how much you actually can see from the top, which offers a fantastic view over Kilsfjorden. The trip starts at Andersvik in Kil, where you follow a nice trail up to Styrefjell. From here you can enjoy the panoramic view of Kil, and there are also two World War II trenches here. From Styrefjell you continue to Lyngdalsknuten and from here there is a great view of Kilsfjorden, one also looks at Kjerrkollen and Solhomfjell in Nissedal.

- Kjerrkollen
Kjerrkollen is 174 meters above sea level and offers a great view of Sannidal and Kjølebrønn. There are two ways up here. One goes from Lyngdalsmyra towards Grønnåstjenna and the other from Rønningen. There is a tramway / path up to Kjerrkollen and on the top there is a mast.

- Grønnåsen - Grønnåstjenna - Lun
Large parts of Grønnåsen are nature reserves and it is a great hiking area. At the top of the hill with its 202 meters over sea level, lies Lun Barskogsreservat/Pine Forrest reservoir . Here are large deposits of yew and oak trees that are hundreds of years old. At Grønnåsen there are also many minerals and rare flora such as Buskvikke/ Hippocrepis emerus. At Grønnåstjenna there is a small cabin that is open and there are great fishing opportunities with lots of perch. At Miantjenn, which is the municipality's high-rise pool, there are also some ancient 16th-century ore mines. Here you`ll find the trail that leads you to Lun, the top of the hill. Almost uphill you will find a small picnic area at "Kopphammeren". It is a little mountain hill that is easily spotted in the terrain. If you are going on a hike to Ånevikflauet, you can take off from here. From there you have a great view. There are several paths up to this tour area.

- Laukøye
If you have access to a boat, you can go out to Laukøye. Laukøye is a small island in the Kilsfjord which has always been a popular seaside resort for people from Kil. At high tide, the island becomes two islets and a little coastal strait emerges between these islets. At normal water level there is a nice beach here.

Kiel's history
From ancient times, Kil was the headquarters of the Kragerø district. It was only in 1666, when Kragerø got its city status, that Kil lost its dominance. Kil was also the center of the old Sannidal municipality until it was incorporated in the Kragerø municipality in the 1960s. Kilsfjorden is the fjord which extends furthest into the country in this area, and Kil was therefore important for both exports and imports since boats was the most important means of transport at that time. The exports of timber in the 16-1700 century and ice in the 18-1900 century gave the area a good income and made Kil the first center for Sannidal and the surrounding country.

Business in Kil over the years
In the 1880s, there was a lot of shipbuilding and ice-works in Kil, and Torsdalstjenna formed the basis of the great ice-traffic from the area.
On the "mountain" below where Kils prayer house was, large ice houses were built and later large ice bins were built. In the fall, before the cold sat in, Torsdalskjenna was cleared of grass and debris along the shore. They rowed along the shore and hit the grass that grew up from the bottom with knives and scythes on long rods. It was about making as nice and clean ice as possible. If it snowed, the snow was shoveled off the tarn.

If the ice wasnt free of snow, there was a danger of “snow ice”, and this ice was less valuable than the steel ice. When the ice was bad in Torsdalskjenna, it was started an ice-work from Lofthaugtjenna. There were about 30 horses trafficking the ice from Lofthaugkjenna to the bridge in Kil. In 1922 - 23, the ice trawl ended in the Kragerød district, the ice houses were demolished and became building materials and wood.

Around the turn of the century in 1900, steam ships also began to enter the ice field. It was good times for Kil, the ice-work was in seasonal operation for almost 30 years. There were several ice-works in the Kilsfjord, among others at Lyngdalen, Snekkvika, Kjølebrønd, Eidet, Frøvik and Lia. In the best ice age there were 20-25 ice-works in operation in Sannidal and Skåtøy.

Kil has also been used as a port for freight boats that transported both goods as well as passengers. The flour boat from Moss also came to Kil two to three times during the autumn with supplies of different kinds of flour goods to the towns.

Malmhaugen is a famous place in Kil, and from here iron was sent to the Eikeland works in Søndeled and perhaps also to the Kjølebrønn works. In the winter, a quartz and field pat were driven to Kil, which was stored at Saltbutangen and shipped further in the summer.

A dining experience of the rare
Here in Kil there is also a hidden restaurant pearl, namely Wesselgården Eatery and Brewery, which makes (as far as possible) food of organic and local produce. Here you will also find local-produced beers. Situated in beautiful surroundings, Wesselgården is well worth the trip.

Getting there
If you come by boat, you can also experience the magnificent Kilsfjord. Access to Kil is easy and Wesselgården has its own guest harbor.

If you are coming by car, follow either the road from Tangen in Sannidal towards Kragerø, or vice versa and follow the sign down towards Kil Brygge.

Experierence the frozen Kilsfjord by fot or on ski and let yourself be impressed by the landscape and the special light that attracted many artist to Kragerø. 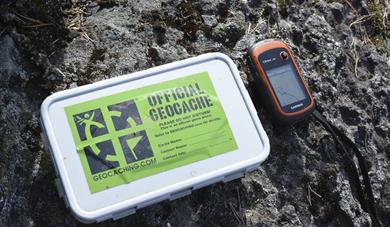 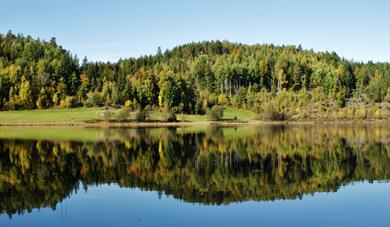