The express boat and taxi boats also have a connection to Skåtøy Brygge, this pier is more in the middle of the island and shortens the road a few hundred meters. From here on you will also waøl along Skåtøyveien until the big Oaktree and Krikkenveien, but from Skåtøy Brygge you take the opposite direction on Skåtøyveien towards the oak. You turn right at the first crossing and pass Skåtøy Café and Skåtøy Church on your way. From Skåtøy Brygge to the crossing at Krikkenveien it’s approx. 1km. Please note that the bicycle capacity of the speedboat and taxi boats may be limited. 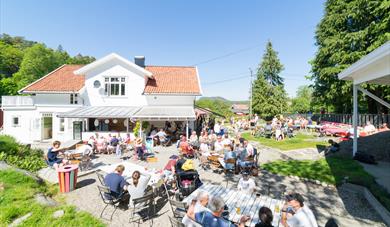 The island Skåtøy, KragerøSkåtøy is the largest of Kragerø’s islands and has a flourishing Cultural life year-round. In addition to beautiful nature and great hiking possibilities for everyone, you’ll find galleries with art exhibitions, concerts, a cafe, a wooden church, lots of cultural heritage and even a coastal fort… 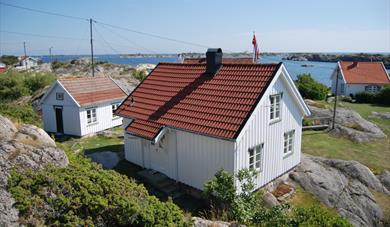