You are here: Experience Kragerø > Munch Statue at Skrubben 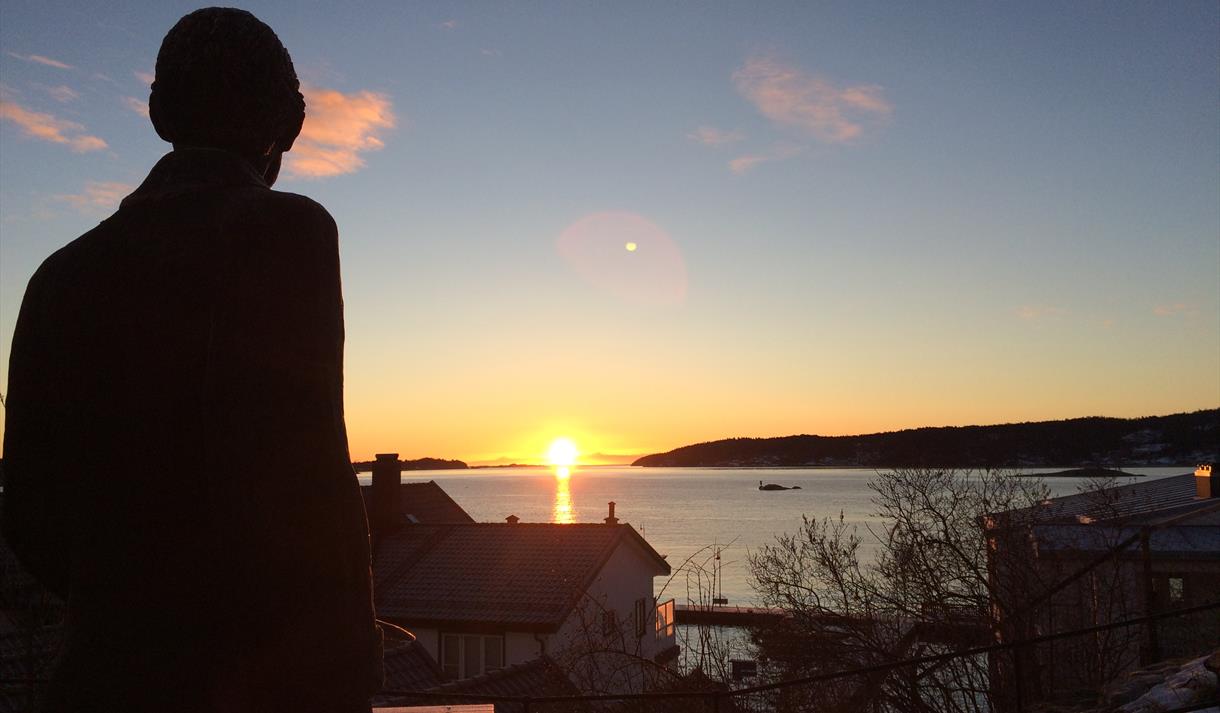 Visit the place where the painter Edvard Munch found his inspiration to one of his greatest works – "The Sun". Admire the Munch Statue, enjoy magical sunrises and a  great view of the Kragerøfjord. Skrubben is located within walking distance from the city centre.

Munch Statue - Norway's only statue of Edvard Munch in full figure
In 1998 at a viewpoint on Skrubben, a sculpture were placed in memory of Edvard Munchs Kragerø-period placed into the subject artwork "The Sun". It was precisely here Munch fetched subject to one of his greatest works - "The Sun". The sculpture is made by Kragerø artist Per Elsdorff and are molded by the local A.M. Andersen metal foundry on Øya.

About Munch in Kragerø
In May 1909 sailed a coastal boat into the Kragerøfjord. On board was the painter Edvard Munch, recently arrived home from an extended stay on a nerve clinic in Copenhagen. Edvard Munch desides to settle down at Skrubben in Kragerø, west of the city, where he rents a bigger house. Years in Kragerø would prove to be some of his most productive, because the environment and "light" had a good impact on his health. In several letters Munch expressed his enthusiasm for Kragerø. Just weeks after his arrival in Kragerø he writes: "I am now working full time, I feel, it now seems as if I am at my artistic peak. Never have my work given me so much joy." In his large studio at Skrubben he worked in the so-called "Kragerø Period" with the two world renowned Aula decorations in University of Oslo. Motifs such as "The Sun", "History" and "Alma Mater" was conceived in Kragerø. In addition he spent time in Kragerø to paint a portion of his best portraits of friends and contacts in the art community. He also painted some pictures of Kragerø urban environment and the surrounding hills which he was particularly fond of.

We can recommend you to take a walk in Munch's footsteps through the streets of Kragerø, more information you´ll find here. 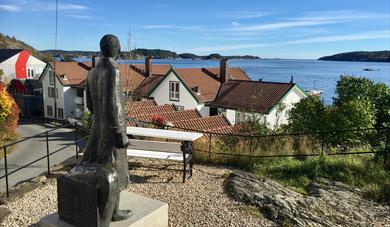