You are here: Visitor Information > Til Telemark 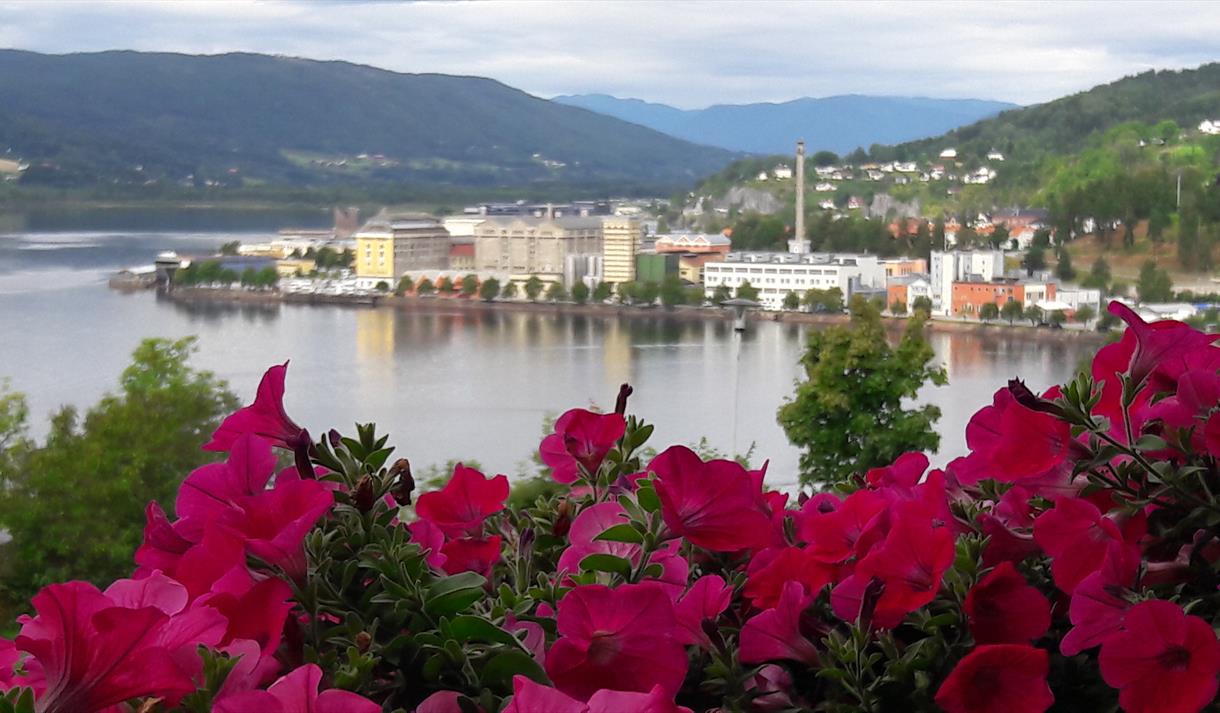 World Hertage Centre Rjukan-Notodden Industrial Heritage/NIA and Til Telemark A/S offers guided sightseeing buses with qualified guides working according to UNESCOs guidelines and to the standards set by Norsk Industriarbeidermuseum.

The World Heritage Bus departs daily at 11:00 a.m. from the Bok & Blues House from 8thof July until 4thof August 2017.  Attractions: Telemarksgalleriet/Lysbuen Industrial Museum. Scenic drive along Kanalveien and further on to Grønnbyen to Admini, the administrative office of Norsk Hydro and Hydroparken, where fertilizer was first produced in arc-furnaces, still on display today outside  Ovnshus A.

Attractions include central parts of the world heritage site Notodden, such as Telemarksgalleriet and Lysbuen museum, that tells the story of how they were able to produce fertilizer from atmospheric nitrogen. Scenic drive up Kanalveient to Grønnebyen where Norsk Hydro built houses for its workers, to the fabulous Admini, administrative residence of Norsk Hydro. Tours ends in Hydroparken, where fertilizer was first produced in arc-furnaces still displayed today outside Ovnshus A.

After the tour, participants can enjoy coffee or lunch in the historic Station Cafe by Hydroparken (not included in the price).

Starting with a tour through World Heritage Site Notodden to experience and understand the technology and history of adventure when Norsk Hydro started production of mineral fertilizer, continuing the tour up to Tinnoset and Mæl to see the ship Ammonia, to the city of Rjukan and hydroelectric powerplant Vemork. Then a visit up to high mountain landscape Møsvatn, regulated to give water to the waterfalls for production of electric power.
Traditional lunch at Hardangervidda Nasjonalparksenter (not included in the price).