You are here: Things to Do in Skien > Passion for Skien - Spriten Klosterøya 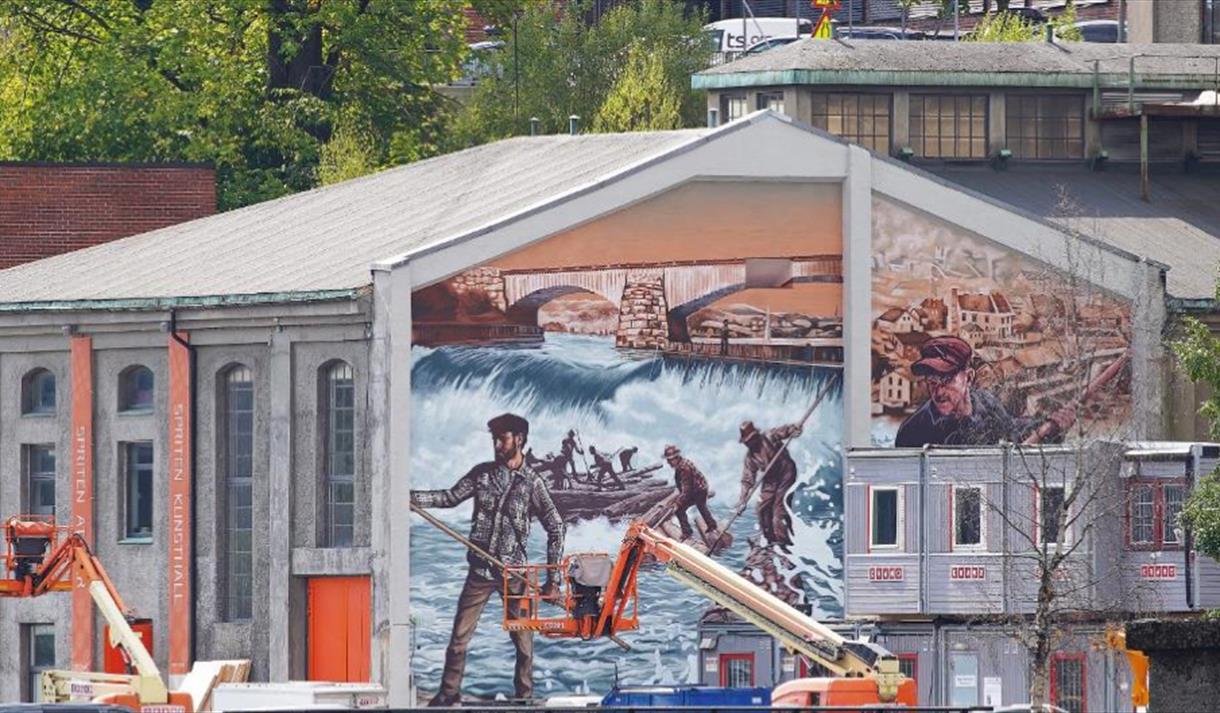 Artist on The spirit Kunsthall wall is Eric Okdeh from Philadelphia from the United States. Muralist since 1998. BFA in art / painting from Tyler School of Art in the United States. Eric Okdeh is from Philadelphia, Pennsylvania, and has contributed to over 100 public artworks around the US, as well as murals on Hawaii, Spain, Jordan and Sandefjord - and now also Skien.

For 20 years he has worked with social art projects in his hometown of Philadelphia. He uses art as a way to include community groups that have ended up outside, such as disadvantaged youth or inmates serving at life in prison.

Socially engaged, work a lot with art as therapy for people who have ended up outside of society. Eric leads a group of up to 20 inmates to design and create works of art for the city of Philadelphia, as well as in Graterford prison. Murals painted on cloth panels inside Graterford prison and then installed in various locations.